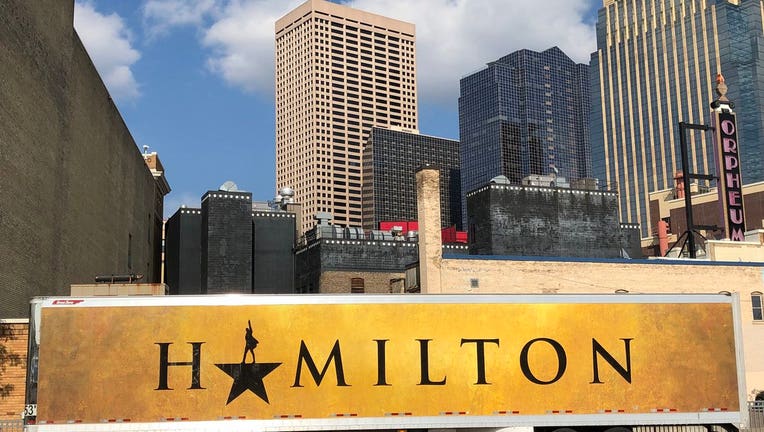 A Hamilton truck for the touring play is parked outside the Orpheum Theatre in Minneapolis in 2019.

MINNEAPOLIS (FOX 9) - Hamilton fans will now be waiting even longer to catch the hit Broadway play's return to Minneapolis.

The play was originally scheduled to run at the Orpheum Theatre last fall, but due to COVID-19 was postponed until this summer. Now, Hamiliton will be rescheduled to April 4 to May 7, 2023, according to the Hennepin Theatre Trust.

Season ticket holders will automatically be moved to the rescheduled dates. The Hennepin Theatre Trust will contact them directly.

"The health and well-being of our audiences, casts, crew and staff remains a top priority," said Mark Nerenhausen, president and CEO of Hennepin Theatre Trust in a press release. "The Trust continues to consult with local, state and national health officials and advisors in all decisions related to reopening in the safest manner possible."

Broadway tours have been closed for over a year due to the pandemic.