Josh Theasing was struck and killed last month after celebrating a rugby tournament when the driver fled, leaving him for dead. Still not caught yet, his family continues to search for answers.

(FOX 9) - A Ramsey, Minnesota, family is grieving the loss of a son and brother, hoping authorities can piece together a deadly hit-and-run that claimed the life of a 27-year-old on a Wisconsin highway just outside River Falls, Wisconsin.

Early in the morning of Sunday, March 6, Josh Thesing was struck and killed on State Highway 35 a couple miles north of River Falls. Now investigators are asking for help tracking down two vehicles that were believed to be in the area at the time.

Jenelle Schmid told FOX 9’s Paul Blume that she and Josh were longtime friends, and had been dating for the last four years.

"I just always thought he'd be a part of my life moving forward," she said through tears. Jenelle described Josh as goofy, charismatic, and unapologetically himself.

His loved ones report the hardest part of his loss is in the routine, like not having him around to share their Monday morning coffee anymore. 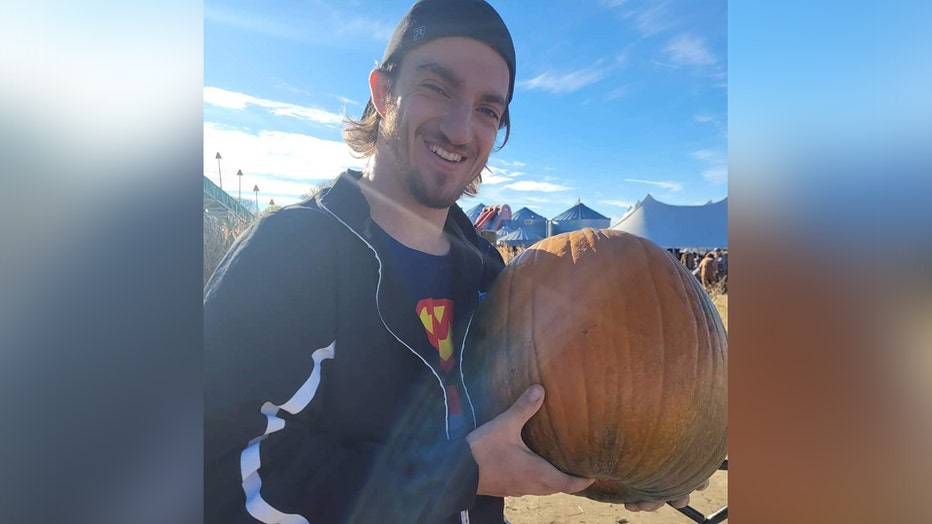 "Those are the things that just kind of sneak up on you a little bit because you think Josh should be here," explained his mother.

"He was just like a part of my every day. So no longer having him in my every day has been challenging," said Schmid.

A 2012 Blaine High School graduate and UMD electrical engineer, Thesing was in Wisconsin for a weekend charity rugby tournament when he was killed.

Authorities have reported he and his teammates were in downtown River Falls into the early morning hours, and left the bars on foot for their hotel in a nasty snowstorm.

It’s believed Josh missed the turn-off for the Econolodge where they were staying, and ended up running a good distance up the highway when he was hit by a motorist who left him for dead.

The St. Croix County Sheriff’s office leading the investigation into the deadly hit-and-run has said conditions were really bad at the time with heavy snow and freezing temperatures making driving hazardous.

This week, the agency released surveillance video of a pair of vehicles they are looking for. Both were said to be in the area where Josh’s body was found on the highway at the time.

The first vehicle is a recent model, white GMC pickup truck with illuminated grille and black rims. Video surveillance shows the driver made a couple stops soon after in downtown, dropping people off at a bar and market. 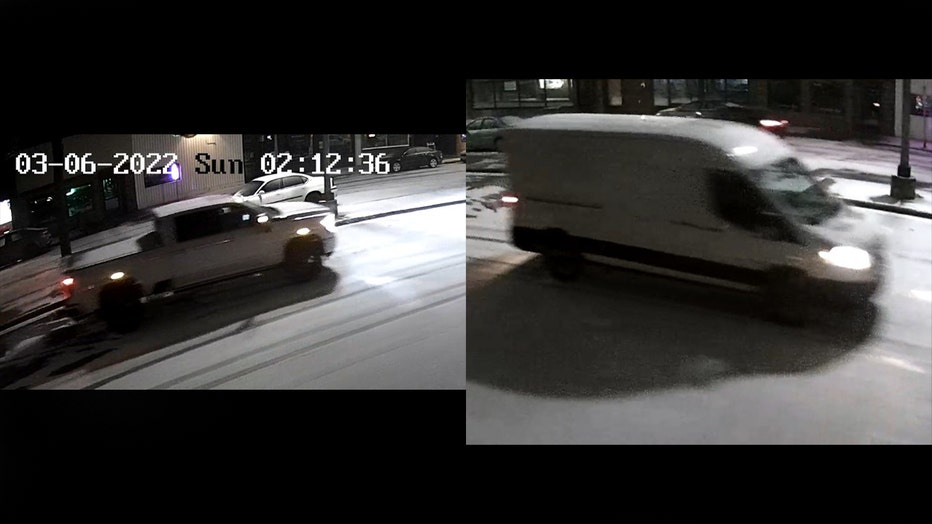 Police are searching for the following vehicles that may have possibly been involved in the hit-and-run of Josh Thesing.

The second vehicle is a white ford transit van with a see-through back window. It’s believed it could be a model year going back to 2015.

The sheriff has said given the conditions at the time it’s possible the driver could have struck Josh and not have known they hit someone. But his loved one’s are skeptical.

"It's really hard to put myself in that person's shoes and I don't have the level of understanding why someone would leave (the scene). And so that's been really difficult," Mary Thesing said, adding if their family has the courage to move on each and every day without Josh, the driver should have the courage to come forward and admit what happened.

In the meantime, Josh’s family is taking some solace and pride knowing as an organ donor, the young man gave his heart, lungs, liver and kidneys to save at least five other lives.

"Five people have a future because of Josh, and so that was a decision he made all on his own to pursue that to be a donor," Thesing said.