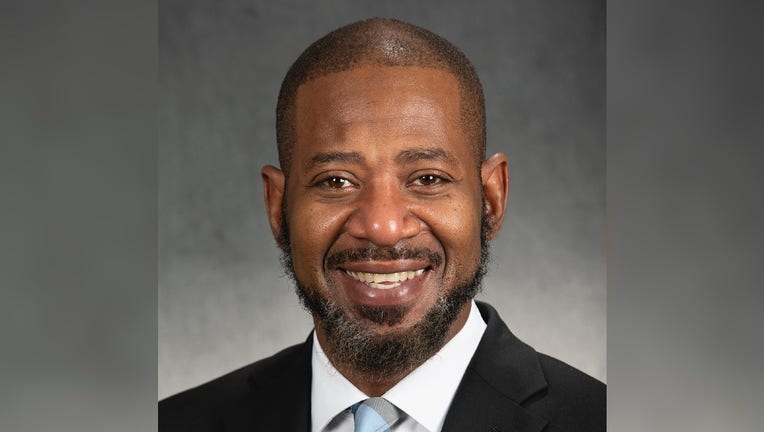 ST. PAUL, Minn. (FOX 9) - After a FOX 9 report outlining uncovered past domestic abuse cases against Rep. John Thompson, top DFL officials are calling for him to step down.

The past abuse allegations against the House representative were uncovered by FOX 9 as our investigators looked into questions over his residency -- which came under scrutiny following a traffic stop in St. Paul earlier this month.

During the stop, Thompson provided a Wisconsin driver's license which he had renewed in November 2020, the same month he was elected to office.

In our investigation, police reports showed Thompson had faced four past domestic violence allegations from 2003 to 2010.

In his statement, Governor Walz wrote: "The alleged acts of violence against multiple women outlined in these reports are serious and deeply disturbing.

"Minnesotans deserve representatives of the highest moral character, who uphold our shared values. Representative Thompson can no longer effectively be that leader and he should immediately resign."

The DFL statements followed calls by Minnesota Republican leaders for Thompson to resign. In a follow-up statement Saturday afternoon, House GOP leader Kurt Daudt said lawmakers were prepared to file an ethics complaint against Thompson, if he doesn't resign.

St. Paul police released the bodycam footage of state Rep. John Thompson's traffic stop on July 4 in which he claims he was racially profiled.

In response to FOX 9's investigation, Thompson's attorney Jordan Kushner told FOX 9: "Mr. Thompson does deny the allegations. The end results speak for themselves," adding they are focused on Thompson's current legal proceedings and they "do not have time to dissect these police reports from 10-18 years ago."