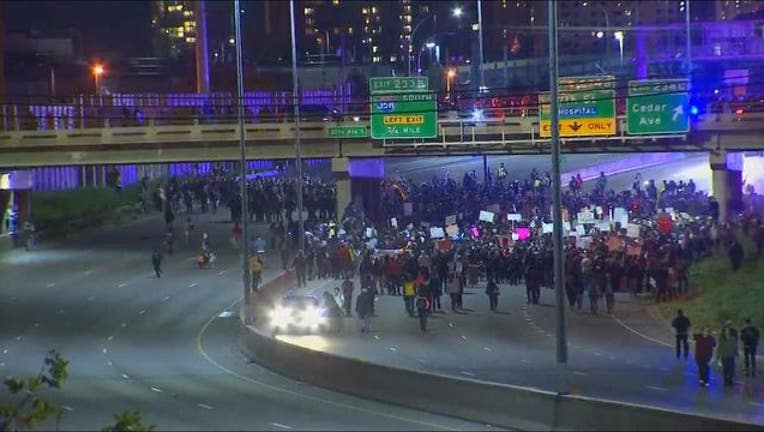 The debate started last year in response to protests over officer-involved shootings of two black men that shut down interstates and blocked the Minneapolis-St. Paul International Airport. The Legislature's bill would have hit protesters in similar demonstrations with a gross misdemeanor, punishable by up to a year in jail and a $3,000 fine.

Republicans argued it was necessary to protect public safety. But Dayton vetoed the legislation Saturday night.

The Democratic governor says the guidelines for protesters who block transit was too vague. And he says it's unfair to punish protesters more harshly than people who commit assault or domestic assault.