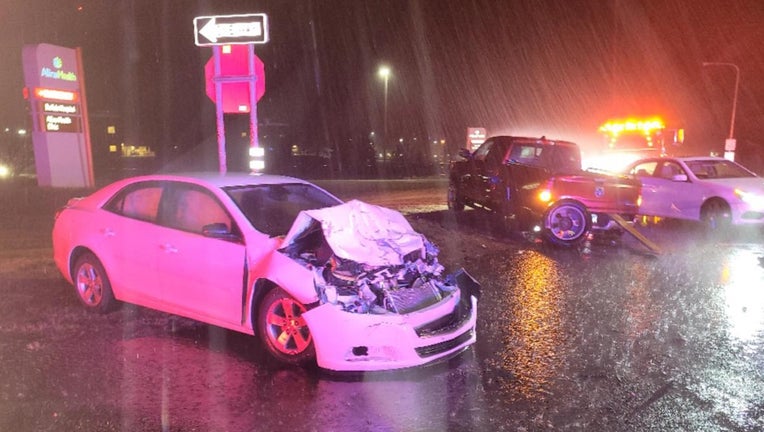 A photo shows the damage to the truck and Malibu after the crash. (Supplied)

BUFFALO, Minn. (FOX 9) - Republican candidate for Minnesota governor Rich Stanek has been hospitalized since a Tuesday car crash in Buffalo, Minnesota while leaving a campaign event.

A report from Minnesota State Patrol says Stanek was behind the wheel of a Ram 1500 that pulled out of a church parking lot and collided with a Chevy Malibu around 8:30 p.m. The crash left the driver of the Malibu, a 40-year-old woman, and Stanek both injured. 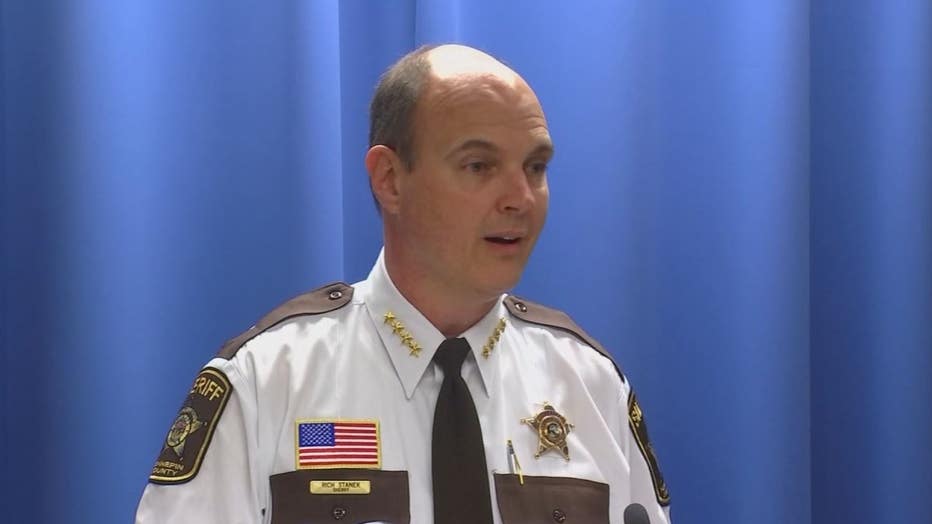 A spokesman could not say the extent of Stanek's injuries, but the state patrol report lists his injuries as "non-life threatening." The other driver was not hospitalized for her injuries.

The State Patrol report says alcohol was not involved. As of Tuesday afternoon, a spokesperson for Stanek said he was still hospitalized. He is expected to be released tomorrow.

Stanek is running for governor after previously serving as Hennepin County Sheriff from 2007 to 2019.