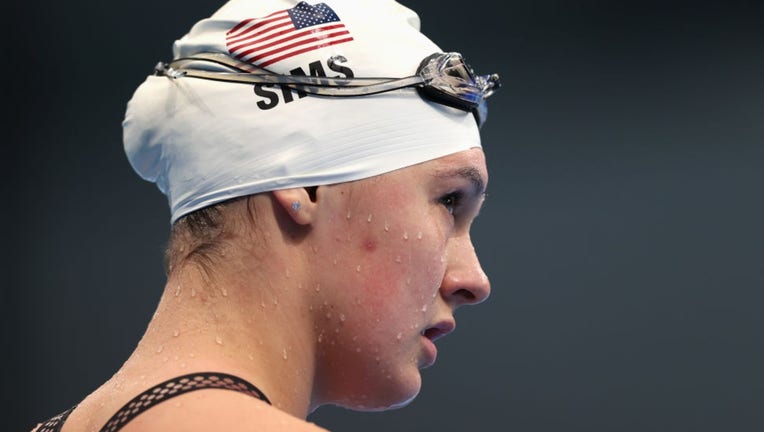 (FOX 9) - Friends and family members gathered for a watch party Tuesday to support swimmer Natalie Sims at the Tokyo 2020 Paralympic Games. The event was made even more electric because competitors had to wait an additional year to see her compete after the pandemic postponed the games.

Her coach, Dave Cameron, said they are planning more watch parties for each of her races. Because of time differences, she competes next around 3 a.m. CT, and they will be back at the YWCA in Minneapolis to cheer her on from thousands of miles away.

Family and friends are hosting watch parties for swimmer Natalie Sims during the 2020 Tokyo Paralympic Games.

"It's difficult to watch because you have no effect on it, because you always like to think how something you do is going to change it," said Cameron.

This summer marks the second Paralympic games for the Edina native.

"She was born without her right hand, just one in 15,000 births, that’s how it was told to us," said her father, Michael Sims. "We never saw her slow down. She came out full throttle and she’s been going the same."

Natalie Sims is representing Team USA in Tokyo, but back home in Minneapolis, the Paralympic swimmer has her own team.

"It’s tremendous, the outpouring of support from friends and family," Michael Sims said.

As she raced in the 400-meter freestyle on Tuesday, their hearts raced.

The story is even more incredible because, according to her dad, Natalie didn’t start to compete in the pool until she was 13 years old. 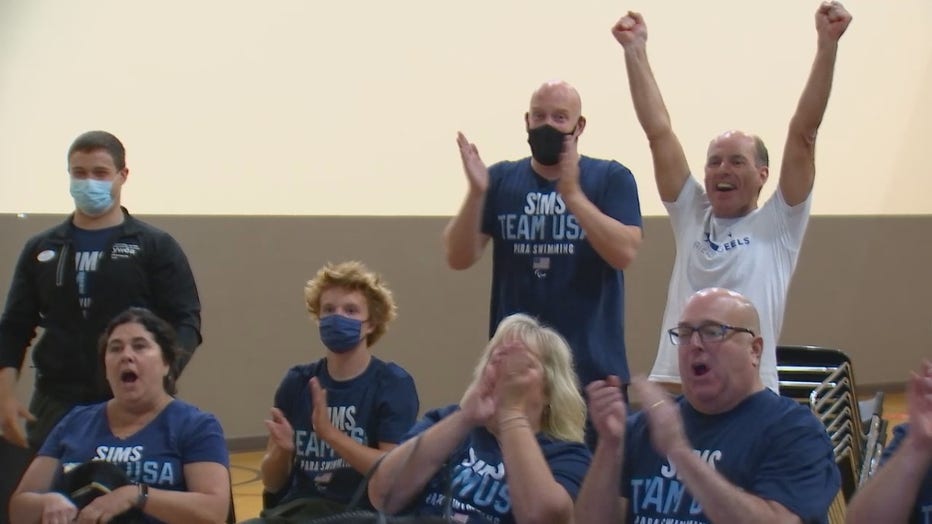 Friends and family members held a watch party for swimmer Natalie Sims during the Paralympics in Tokyo.

"She rose to prominence in a pretty short period of time," he said.

2021 marks her second Paralympic games, after making the finals in the 400-meter in Rio.

"She’s had a number of world events since Rio, and she has three gold medals and a handful of bronze medals, so she’s on a nice trajectory," Michael Sims said.

Seeded 10th on Tuesday, Natalie ended up placing seventh in the prelims and qualifying for the finals.