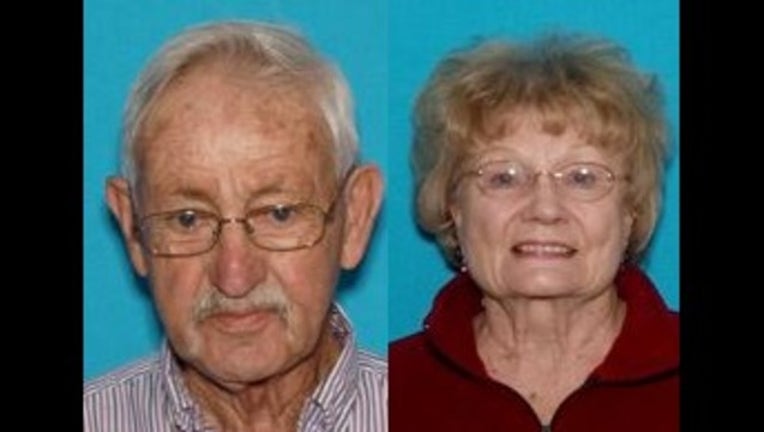 Edward and Carol Johnson were last seen on Monday in Savage. They were lost and given directions, but never arrived back at their home in Princeton.

PRINCETON, Minn. (KMSP) - UPDATE: The couple has been found safe.

The Sherburne County sheriff's office is asking for the public's help in locating a missing elderly couple from Princeton, Minnesota.

Edward Johnson, 88, and Carol Johnson, 83, were last seen in Savage on Monday. According to authorities, they were lost and given directions, but never arrived back at their home. The couple called a family member on Tuesday afternoon and told them they were trying to get home, but did not know where they were.

Anyone who has seen Edward or Carol or their vehicle is asked to call the Sherburne County sheriff's office at 763-765-3598 or dial 911. The sheriff's office is asking people not to give them directions and to try to stay with them until law enforcement arrives.