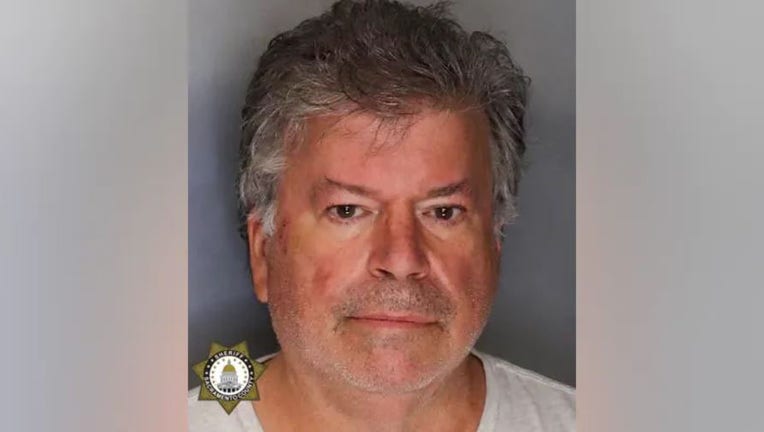 California authorities announced Tuesday that a former USA Softball president was arrested and subsequently released on bond months ago on felony charges relating to the sexual abuse of a minor.

Gouveia was booked into the Alameda County Jail in April on the arrest warrant with $250,000 bail, but he arranged for a bond and was released the same day, the sheriff’s office said Tuesday, declining to provide more information on the circumstances of his release.

Gouveia worked for the National Governing Council for Girls’ Softball in the United States between 1991 and 2019, which included extensive travel both nationally and internationally as commissioner of USA Softball of Northern California and the president of USA Softball, the sheriff’s office said. He also worked with the Hayward Area Recreation and Park District for 25 years until he retired as the general manager in 2016.

"The victim stemming from this arrest was not associated with USA Softball or the Park District and investigators are not implicating the organization," the sheriff’s office statement said.

It was not immediately clear why authorities put out a statement about Gouveia on Tuesday given the criminal allegations were first brought against him months ago.

USA Softball released a statement of its own on Tuesday, stressing the organization learned of the allegations against Gouveia "for the first time today through local media outlets" and "has reported the allegations to the U.S. Center for SafeSport and to the Sacramento County Child Protective Services."

"USA Softball has no independent knowledge of the allegations and is aware only of the information that has been released in local media stories," the statement from the sports governing body said. "Law enforcement authorities have stated that the allegations against the individuals do not concern any prior role or activities relating to USA Softball. The alleged conduct is contrary to and not aligned with USA Softball’s mission and core values, which include developing and administering the sport while providing the best possible experience for all those involved with the game of softball."

USA Softball said the allegations were brought against a former volunteer officer who has resigned from all positions with the organization and currently holds no role or responsibility with them.

USA Softball also asserted that it "will not tolerate abuse of any kind in its programs."

The sheriff’s office said this is an active and ongoing criminal investigation. Any community members with information regarding this investigation are urged to contact the Sacramento County Sheriff’s Office Child Abuse Bureau at (916) 874-5191 or Sacramento Valley Crime Stoppers at (916) 443-HELP.