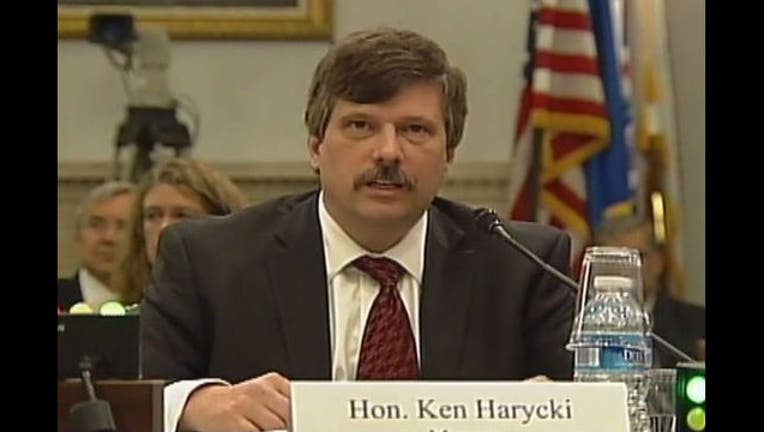 Former Stillwater Mayor Ken Harycki faces up to three-plus years in prison after pleading guilty to defrauding the federal government of between $1 million and $2.5 million in tax revenue.

According to information provided by federal prosecutors, Harycki began defrauding the government back in 2007, a year into his first term as Stillwater mayor. He provided bookkeeping, payroll, and accounting services -- including tax-related services -- for a company called Model Health Care, which was taking payroll taxes from employees but then not passing them along to the government.

Instead of blowing the whistle, however, Harycki created an entity called MKH Holdings, Inc. that assumed control over bank accounts used by the same alleged co-conspirators who controlled Model Health Care.

Prosecutors say MKH "was used to cause funds falsely reported on income tax returns to be paid to the co-conspirators and others."

"During the course of the conspiracy, Harycki also incorporated other businesses, obtained employer identification numbers, paid for personal expenses, filed false tax returns, and opened and used numerous bank accounts for the benefit of the separately charged co-conspirators in order to avoid payment of taxes," a statement distributed by prosecutors announcing Harycki's plea says.

Harycki was first elected Stillwater mayor in 2006. He resigned last November, citing personal issues, and was charged by the feds last month.

According to the Pioneer Press, Harycki's alleged co-conspirators, Thurlee and Roylee Belfrey, have been charged in federal court with health care fraud and conspiracy to defraud the federal government, and will go to trial in February.

If Harycki provides information that helps the feds in their case against the Belfreys, his cooperation will be considered when he's sentenced.