Fire crews say no one was seriously injured in a fire that left about 26 people without a place to live.

MINNEAPOLIS (FOX 9) - Minneapolis Fire officials say at least 26 people are without a home after a fire ripped through a condominium complex on the 3600 block of Penn Avenue North early Tuesday morning.

Around 1:15 a.m., authorities say several residents called from inside the building saying they were trapped and could not leave their apartments because of thick smoke.

When crews arrived, flames were shooting from the building. Fire officials say the strong winds helped fuel the fire which was raised to a second alarm. 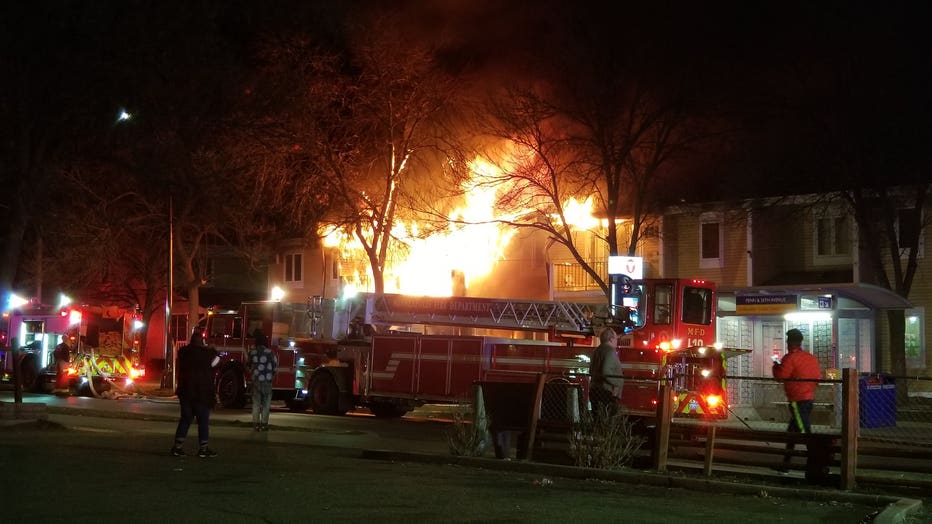 Firefighters had to use ladders to rescue numerous people from second floor balconies. At times having to try calming people down, as they talked people down the ladders.

One person being is being treated for smoke inhalation, but firefighters say this could have been much worse.

“When our crews arrives here we had approximately 12 to 15 people hanging off the balconies--cut off by the unit door that was on fire. The hallway completely filled with smoke and fire and were unable to escape down to the stairwell. I don't know how many our crews help get them down,” Deputy FIre Chief Kathleen Mullen said.

At least 26 people are now out of their homes this. The American Red Cross is helping them find a place to stay and the resources and help they need.