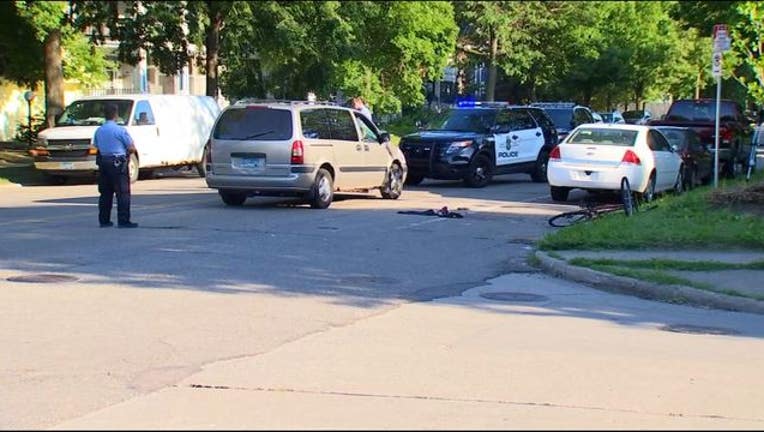 MINNEAPOLIS (KMSP) - A man has died after a crash between a bike and a vehicle in south Minneapolis, according to Minneapolis police spokesman John Elder.

The crash happened around 5:45 p.m. at the intersection of 26th Avenue South and 22nd Street East. The vehicle was headed southbound on 26th, while the male cyclist was going eastbound on 22nd.

According to preliminary investigation, the cyclist did not yield to a stop sign and the vehicle had the right of way.

Emergency crews took the man to Hennepin Healthcare, where he later died.

The driver is cooperating with police. Officials say alcohol, speeding or distraction are not believed to be factors in this case.