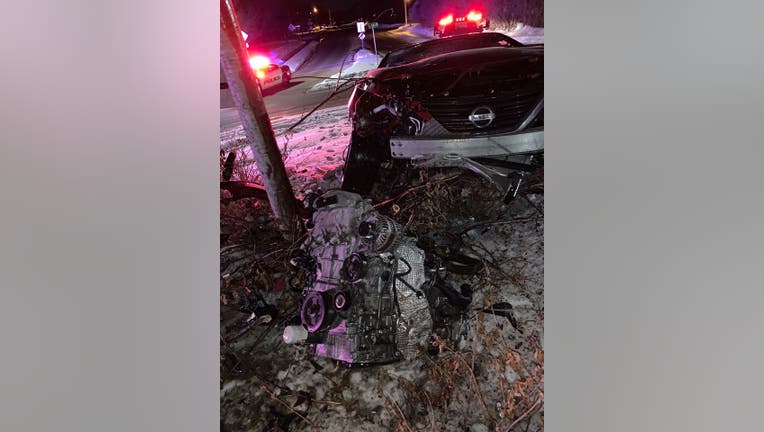 An engine was ejected from a car during a crash Feb. 16 in Champlin, Minnesota.

CHAMPLIN, Minn. (FOX 9) - A driver was cited after a crash in Champlin, Minnesota ended with his engine ejected from his car. Amazingly, the man was not injured.

According to police, at about 2:42 a.m. Feb. 16, officers responded to a crash at 117th Avenue and Douglas Drive. Authorities say the man likely overdrove the speed limit at the roundabout and then crashed, causing his engine to eject from the vehicle.

The driver was cited for failure to use due care while driving.