The Minnesota Pollution Control Agency granted a construction storm water permit for the project, which was the last hurdle that Calgary, Alberta-based Enbridge needed to clear. The U.S. Army Corps of Engineers and the independent Minnesota Public Utilities Commission gave their final approvals last week. But opponents are still fighting the project. 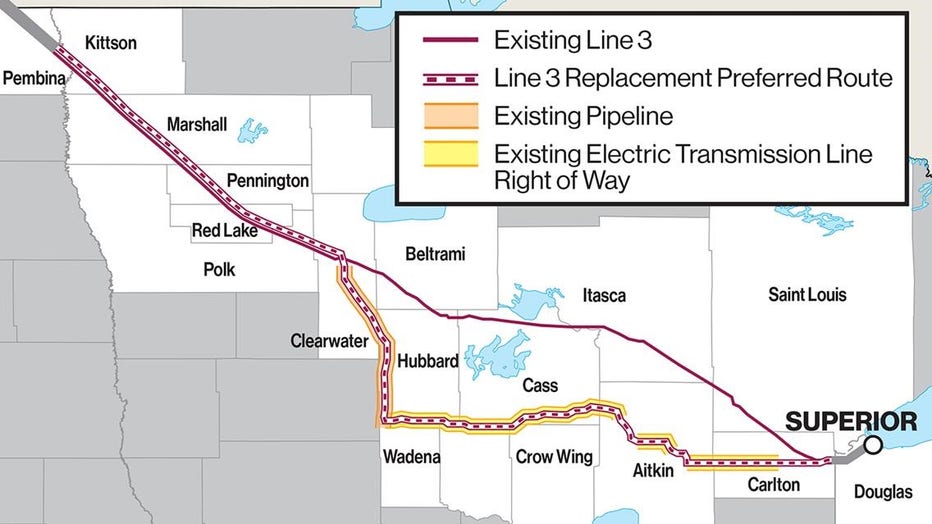 Enbridge said in a statement that construction can now begin, but didn’t immediately say when that would happen. It said replacing the aging pipeline, which was built in the 1960s, is the best option for protecting the environment and communities while meeting the region’s energy needs.

Two Native American tribes — the Red Lake and White Earth Bands of Chippewa — asked the PUC last week to stay its approval of the project, saying the influx of construction workers would put residents along the route at higher risk of COVID-19. A consolidated appeal by environmental and tribal groups is also pending before the Minnesota Court of Appeals.

Opponents say the project threatens spills in pristine waters where Native Americans harvest wild rice and that the Canadian tar sands oil it plans to carry would aggravate climate change.

Line 3 begins in Alberta, Canada, and clips a corner of North Dakota before crossing Minnesota on its way to Enbridge’s terminal in Superior, Wisconsin. Replacement segments in Canada, North Dakota and Wisconsin are already complete.