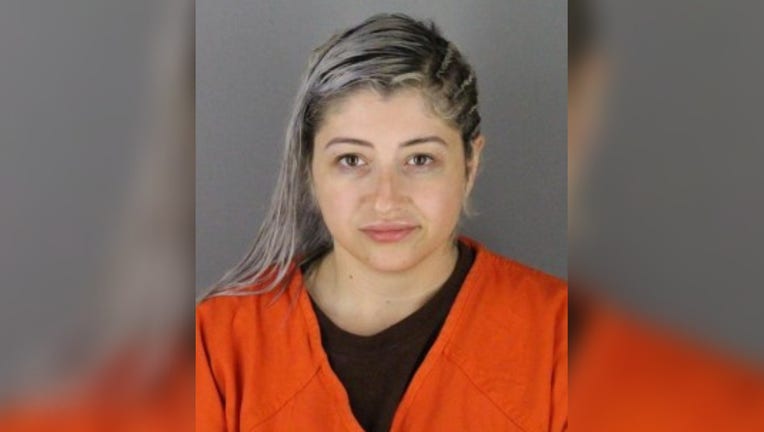 Julissa Thaler is charged with second-degree murder in the death of her 6-year-old son, Eli Hart.  (Hennepin County Jail)

MINNEAPOLIS (FOX 9) - The Twin Cities mom accused of killing her 6-year-old son and hiding him in the trunk of her car has been found competent to stand trial.

Julissa Thaler, of Spring Park, is charged with second-degree murder, with intent, in the killing of Eli Hart on May 20. She's accused of shooting Eli up to nine times with a shotgun in her vehicle, and then hiding his body in the trunk.

Orono Police pulled Thaler over on May 20 after she was spotted driving on the rim of her car and with a window smashed out. Officers drove Thaler home, and then discovered Eli's body in the trunk. She was then arrested.

Thaler was found competent to stand trial during a brief court hearing on Tuesday afternoon. She appeared via Zoom in an orange jumpsuit from Hennepin County Jail.

Thaler, who initially did not fully cooperate with a psychiatrist evaluation, did so this time, and the judge ruled Thaler has the ability to rationalize and understand the criminal proceedings as well as consult with her defense attorney.

Now that Thaler has been found competent to proceed, the criminal case can now proceed toward trial. Thaler's next hearing is scheduled for 9 a.m. on Oct. 7.

This news comes a few weeks after Eli's father, Tory Hart, filed a wrongful death lawsuit related to his son's killing, seeking more than $75,000 in damages. The lawsuit says Dakota County Social Services provided services to Eli, with Tory Hart claiming the county and its employees were negligent. Dakota County and two Dakota County employees, Sherri Larson and Beth Dehner, were named in the lawsuit.

Tory Hart had been fighting for custody of his son prior to his death. Tory Hart's fianceé, Josie Josephson, told FOX 9 the boy's mother struggled with drug addiction and mental health issues, and despite their repeated calls for help, his biological mom was awarded full custody of Eli before his death.

All beer tent donations from a fundraising event at the Incredible Festival at Our Lady of the Lake Catholic Church went towards building the playground in honor of Eli Hart. The cost of building a new playground is estimated to be between $200,000 and $250,000.