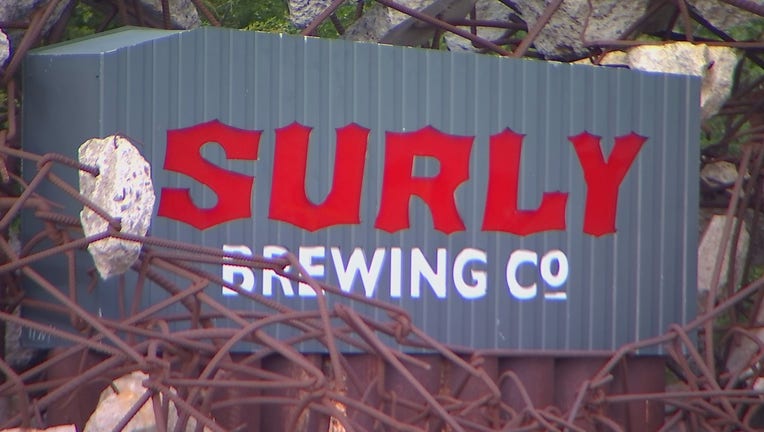 MINNEAPOLIS (FOX 9) - A majority of eligible hospitality employees at Surly Brewing Company did not vote to be represented by the union, falling short by one vote, according to Surly and the union, UNITE HERE Local 17.

An independent third party held the election process to certify a union after Unite Here Local 17 representative and Surly management came to an agreement. UNITE HERE Local 17 said that agreement specified the union needed to win the majority of all workers and not just the ones who voted. The union said the "vast majority" of those who cast a ballot voted in support of the union, but ultimately lost the election by one vote.

"Local 17 is forever proud of the Surly workers for standing up against might odds. Standing up in a country whose laws are stacked against the workers. Standing up against capital who views them as expendable," UNITE HERE Local 17 tweeted. "Over the next few days workers will decide what they think is the best way forward but we know that the plight of the worker does not stop with 1 vote. Surly workers will keep fighting in solidarity with each other."

Aug. 31, Surly's employees announced their intention to form a union, citing safety concerns amid the pandemic. Two days later, Surly announced it would be closing its Beer Hall indefinitely in November, sparking backlash from Unite Here 17, which called the action retaliatory. Unite Here 17 later dropped its unfair labor practice charge after recognizing the "financial predicament" faced by the industry amid the pandemic.

"The [election] results do not affect the Beer Hall’s stark financial reality that led to the plan and the need to close indefinitely," read a statement from Surly. "We’ll continue to provide guests with exceptional service and the highest safety measures until our final night of service."

The Beer Hall will close on Nov. 2, but Surly will continue to brew and package beer.