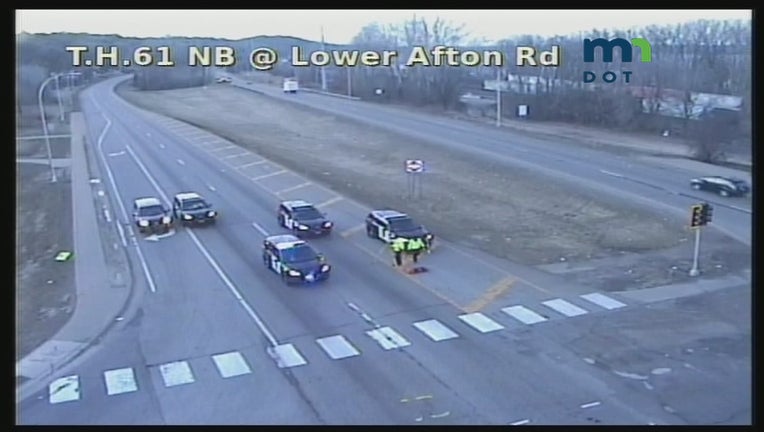 ST. PAUL, Minn. (FOX 9) - A driver died after running at red light on Highway 61 in St. Paul, Minnesota early Friday morning and crashing into another vehicle.

According to the Minnesota State Patrol, at 5:17 a.m., a 45-year-old man driving a 2004 GMC Envoy was speeding on northbound Hwy. 61. He ran the red light at the intersection with Lower Afton Road and hit a 2013 Ford Escape that was turning east onto Lower Afton Road.

The driver of the GMC, identified as Oliver Watkins of St. Paul, died in the crash. He was not wearing his seat belt.

The driver of the Ford Escape, a 61-year-old St. Paul woman, was not injured.

Northbound Hwy. 61 was closed for an extended period of time following the crash, but has since reopened.