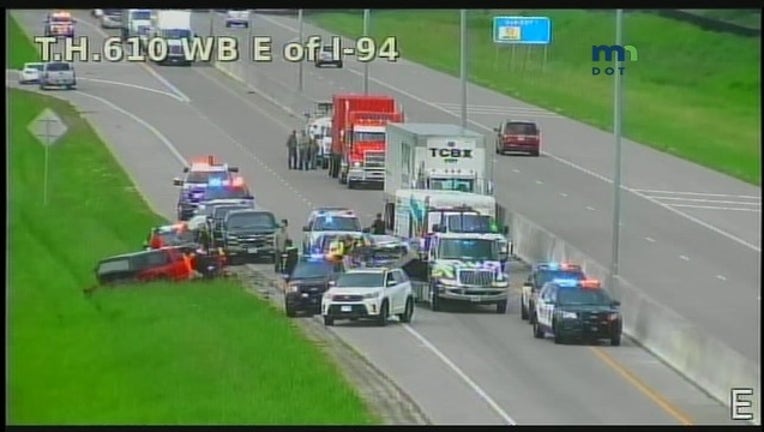 MAPLE GROVE, Minn. (FOX 9) - Three people were injured Tuesday after a driver fell asleep and hit traffic stopped in front of him in Maple Grove, Minnesota.

According to the Minnesota State Patrol, at about 4:11 p.m., the driver of a Dodge Dakota fell asleep and hit traffic that was stopped in front of him on Highway 610 near Maple Grove Parkway. The crash involved five other cars.

Three people suffered non-life threatening injuries, including the driver who fell asleep. The other three people involved were not injured.

Authorities say alcohol was not a factor in the crash.