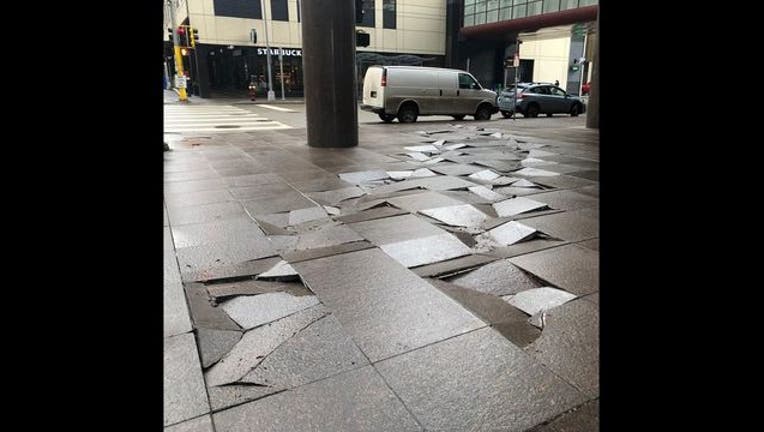 MINNEAPOLIS (FOX 9) - A driver fled the scene after taking an off-road shortcut over the pavers in front of a commercial building in Minneapolis Monday.

According to Fifth Street Towers in downtown Minneapolis, about 50 pavers were damaged in front of the building at the intersection of Fifth Street and Marquette Avenue.

Minneapolis Police say a truck drove across the pavers just before 1:30 p.m. Monday in what is being a classified as a hit-and-run.

Some tenants of the building were able to snap photos and take down a license plate number of the truck, which has been passed along to police.

Fifth Street Towers said nobody was injured in the incident.