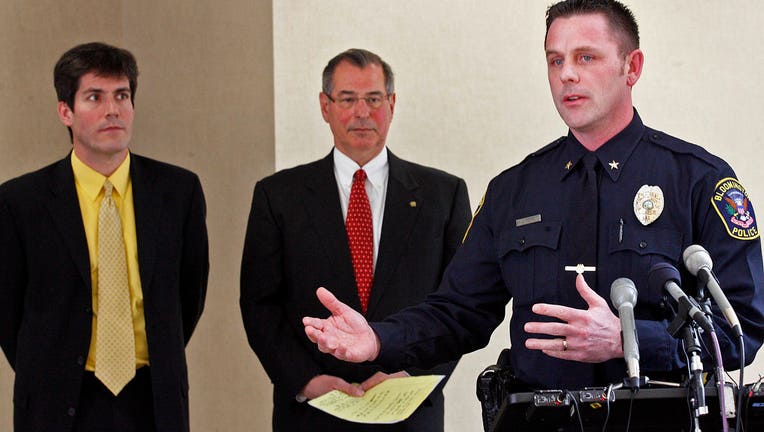 MINNEAPOLIS (FOX 9) - The Hennepin County Board of Commissioners voted to reappointment Hennepin County Medical Examiner Dr. Andrew Baker to a fifth, four-year term Thursday afternoon hours after a national association voiced its support Baker's autopsy of George Floyd, which came under fire by a commissioner Wednesday.

Baker was reappointed on a 5-2 vote with Commisioners Angela Conley and Irene Fernando voting "no."

During the discussion, Commissioners in favor of Baker’s reappointment pointed to his national renown and some believe his expertise could be a valuable asset as the county works to reform the law enforcement process.

Conley, who publicly announced her no vote after a committee recommendation Wednesday, talked about why she would not vote to approve him again Thursday.

“It has absolutely nothing to do with who he is as a person or his accolades he received," she said, saying it was more about a lack of trust from communities of color in the medical examiner's office after high profile autopsies like that of George Floyd last month.

More than one commissioner said they only learned about the discussion item Tuesday, which they said left them insufficient time to consider their vote. Commissioner Fernando said the item deserved more discussion because it is the "highest-paid position in Hennepin County's budget."

Thursday, the National Association of Medical Examiners (NAME) released a statement saying Baker’s autopsy of George Floyd was independent and followed all protocol. Baker was a past president of NAME.

“The independent autopsy is the one done by the medical examiner who, unlike private pathologists, do not have an incentive to come up with a certain view,” the statement began.

In support of Baker, NAME’s statement explained why he came to that conclusion, saying, in part, that pointing out drug intoxication as contributing to someone’s is “usual practice.”

Though the public may have concerns about the inclusion of underlying natural diseases, and drug intoxication as “contributing to death” on Mr. Floyd’s death certificate, this is usual practice for Medical Examiners. Death is a complex process and often occurs with multiple interacting contributing causes including physiologic stress brought about by physical altercations. Therefore, listing all provides a more comprehensive statement of the cause of death.

In addition, while Conley described Floyd’s death as “murder,” medical examiners cannot make that determination, according to NAME.

The “manner of death was certified as “homicide”. Homicide (as a manner of death on the death certificate) is a statistical category for this public health document. In the medical examiner setting, a homicide is defined as death “at the hand of another”. It is not synonymous with “murder” which is a legal term. It is ultimately up to the legal system to determine how this death is criminally classified under Minnesota Law.