Don Everly, one-half of the pioneering rock ‘n’ roll Everly Brothers, passed away on Aug. 21 at the age of 84.

Everly died at his home in Nashville, Tennessee, on Saturday, according to his attorney and family spokesperson Linda Edell Howard. His brother, Phil Everly, died in January 2014 at age 74.

"Don lived by what he felt in his heart," a statement from the family said. "Don expressed his appreciation for the ability to live his dreams ... living in love with his soul mate and wife Adela, and sharing the music that made him an Everly Brother. Don always expressed how grateful he was for his fans."

In the late 1950s and 1960s, the duo of Don and Phil drew upon their rural roots with their strummed guitars and high, yearning harmonies, while their poignant songs — many by the team of Felice and Boudleaux Bryant — embodied teenage restlessness and energy. Their 19 top 40 hits included "Bye Bye Love," "Let It Be Me," "All I Have to Do Is Dream" and "Wake Up Little Susie," and performers from the Beatles to Simon & Garfunkel cited them as key influences.

"The Everly Brothers are integral to the fabric of American music," said Jerry Lee Lewis in a statement. "With my friend Don’s passing, I am reflective … reflective on a life full of wonderful friends, spectacular music and fond memories. There’s a lot I can say about Don, what he and Phil meant to me both as people and as musicians, but I am going to reflect today."

Songs like "Bye Bye Love" and "Wake Up Little Susie" appealed to the postwar generation of baby boomers, and their deceptively simple harmonies hid greater meaning among the lighter pop fare of the era.

Although their number of hit records declined in the late 1980s, they had successful concert tours in the U.S. and Europe.

They were inducted into the Rock ‘n’ Roll Hall of Fame in 1986, the same year they had a hit pop-country record, "Born Yesterday." Two years earlier, they had success with the up-tempo ballad "On the Wings of a Nightingale," written by Paul McCartney.

Don Everly was born in Brownie, Kentucky, to Ike and Margaret Everly, who were folk and country music singers. Phil Everly was born to the couple in Chicago, where the Everlys moved from Brownie when Ike grew tired of working in the coal mines. 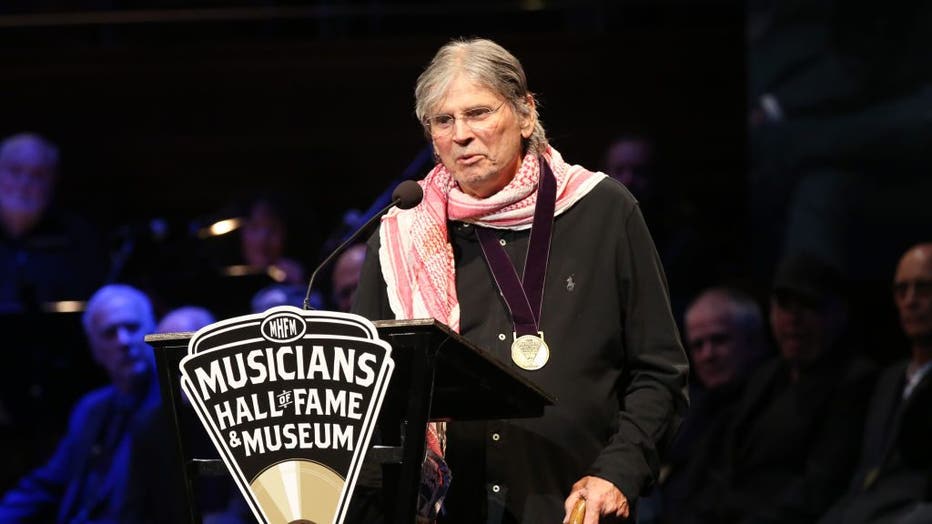 The brothers began singing country music in 1945 on their family’s radio show in Shenandoah, Iowa.

Their career breakthrough came when they moved to Nashville in the mid-1950s and signed a recording contract with New York-based Cadence Records.

Their breakup came dramatically during a concert at Knott’s Berry Farm in California. Phil Everly threw his guitar down and walked off, prompting Don Everly to tell the crowd, "The Everly Brothers died 10 years ago."

The disputes between the brothers even went to court, when Don Everly sued the heirs of Phil Everly in 2017 over the copyright to three of their songs, including "Cathy's Clown." The case went all the way to the 6th Circuit Court of Appeals.

But after Phil's death in 2014, Don said that he felt a spiritual message from his brother before he died.

"Our love was and will always be deeper than any earthly differences we might have had," Don Everly said in a statement in 2014.

While apart, they pursued solo singing careers with little success. Phil also appeared in the 1978 Clint Eastwood movie "Every Which Way but Loose." Don made a couple of records with friends in Nashville, performed in local nightclubs and played guitar and sang background vocals on recording sessions.

Decades later, their impact on popular music is still evident. In 2013, Green Day’s Billie Joe Armstrong and Norah Jones released a loving tribute to the Everlys on their collaborative album "Foreverly."