Vegalia Jean-Pierre put together a coloring book for kids of all ages called Melanin Magic. The roughly 100-page book features 35 magical characters of color like mermaids and fairies by 14 Black artists from all over the world.

PLYMOUTH, Minn. (FOX 9) - An artist from Plymouth, Minnesota wants to help children of color see themselves in a different light.

As a digital artist, Vegalia Jean-Pierre loves to create fantasy characters, but like a lot of Black artists, growing up she didn't see many that looked like her.

"A lot of us love cartoons and fantasy, and there are not a lot of Black or brown characters in that space," Jean-Pierre said.

So Jean-Pierre put together a coloring book for kids of all ages called Melanin Magic. The roughly 100-page book features 35 magical characters of color, like mermaids and fairies made by 14 Black artists from all over the world. 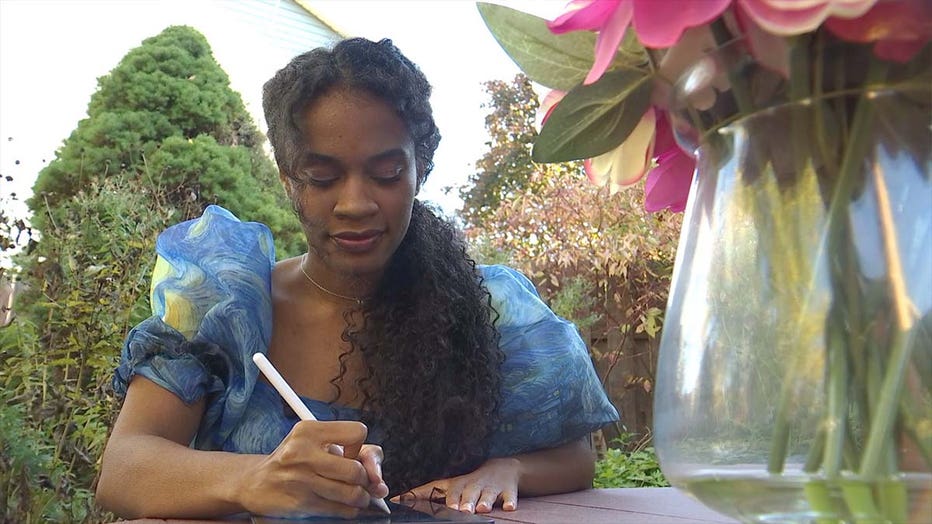 Jean-Pierre is no stranger to coloring outside the lines.

Earlier this year, she went viral after launching a set of digital brushes that make it easier to draw Black hair textures like braids, curls and twists. But she hopes her latest project helps children from different ethnic backgrounds see themselves reflected in the mystical beings they are coloring.

"I've gotten so many DMs and comments of people saying how much they wish they'd had this when they were kids. or they are so excited to get this book for their niece or nephew," Jean-Pierre said.

"I'm happy it’s going to people who aren’t just Black people, and it’s building a space where people can be inspired to create more characters of color," Jean-Pierre said.