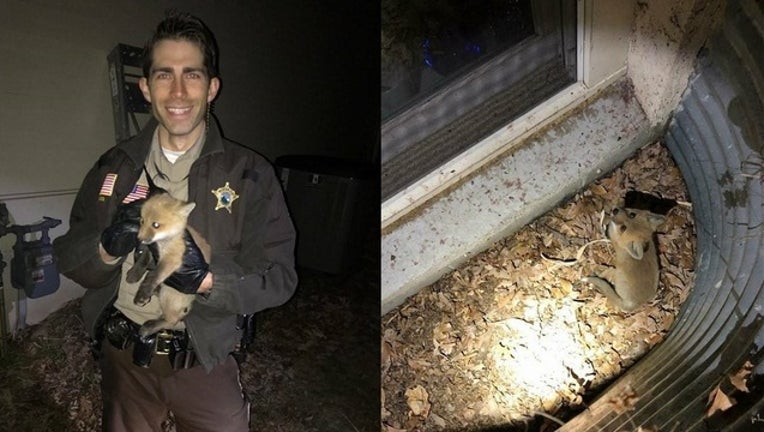 MAHTOMEDI, Minn. (KMSP) - It wasn't your typical police call, but the Washington County Sheriff's Office showed up to help all the same.

A baby fox had gotten itself stuck in a window well at a house in Mahtomedi, Minn., and was subsequently separated from its mother, prompting the homeowner to call police.

A sheriff's deputy freed the baby fox and sent it to the Wildlife Rehab Center, where it could be cared for properly.