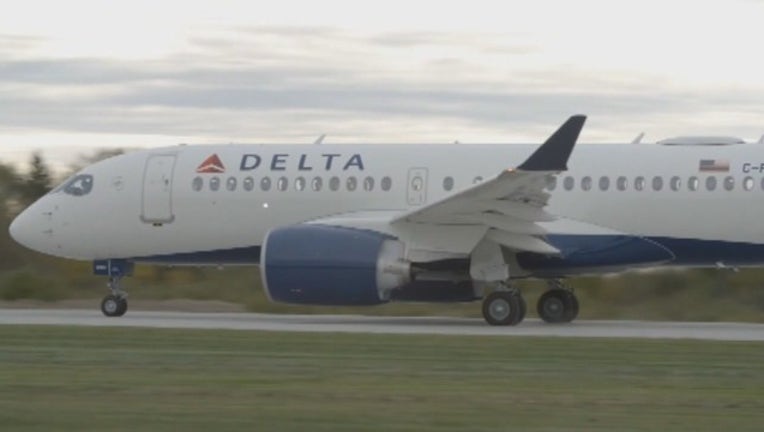 BLOOMINGTON, Minn. (FOX 9) - A Delta pilot is now charged for allegedly attempting to fly a plane while under the influence last month at the Minneapolis-St. Paul International Airport, according to the criminal complaint.

Gabriel Lyle Schroeder, 37, of Rosemount, Minnesota is charged with two gross misdemeanors for attempting to operate an aircraft while under the influence.

According to the complaint, around 10:30 a.m. on July 30, investigators noticed a pilot, later identified as Schroeder, appear surprised when he encountered additional screening at a Delta crew entrance. When the supervisor asked Schroeder to put his bag on the table, Schroeder said he wasn't ready to be screened yet and left the area.

Due to his behavior, the supervisor believed Schroeder had a prohibited item in his bag.

When Schroeder returned to screening, he claimed he went to the Delta crew room because he forgot his iPad.

Investigators later learned Schroeder did not go to the crew room, but instead went into a restroom. Inside, detectives found an unopened 1.75-liter bottle of Philips vodka in the trash.

That day Schroeder was scheduled to fly to San Diego.

Investigators found him in the cockpit, sitting the first officer's chair, speaking with the captain. Schroeder agreed to talk to the officials, but he appeared to start "sweating and shaking." During their conversation, the investigators noticed the faint smell of alcohol on his breath. He blew a .065 on a preliminary breath test and was arrested.

In an interview, Schroeder confessed the vodka bottle found in the bathroom was his and that he threw it out when he saw the extra screening. He also admitted the night before around 6 p.m. he had one beer and three vodka drinks.

A blood draw taken from Schroeder at 1:10 p.m. showed a blood alcohol concentration of .027. Officials with the Bureau of Criminal Apprehension believe he likely had a concentration between .04 to .08 when he was in the cockpit.

Delta Airlines has a no tolerance policy for violation.