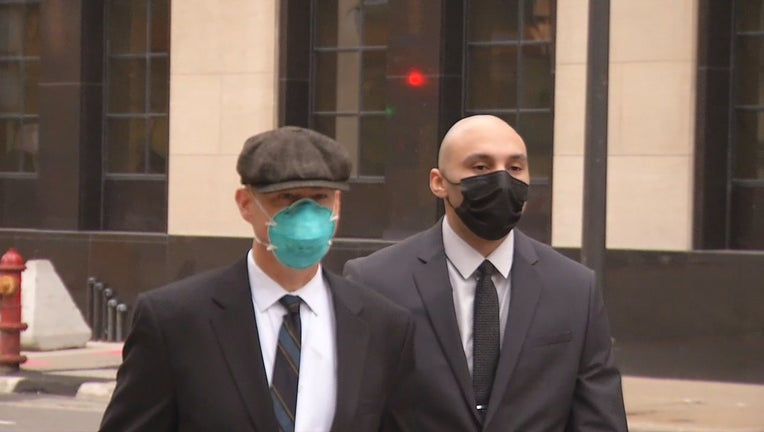 MINNEAPOLIS (FOX 9) - A lawyer representing one of the fired Minneapolis police officers in the George Floyd case submitted more documents calling for a change of venue for the upcoming trial after the defendants were met with a hostile crowd following last month's hearing.

Defense teams for all four former officers have filed motions to move the trial out of Hennepin County to counties outside of the Twin Cities metro area. They have argued that the jury pool has been tainted by media coverage of the George Floyd's death.

A judge heard arguments on this motion September 11, but has yet to make a decision.

Following that hearing, the defense attorneys and their clients were met with an aggressive crowd as they left the Family Justice Center. In documents filed Thursday, J. Alexander Kueng's lawyer Thomas Plunkett said Tou Thao and his lawyer were followed by protesters for several blocks, Thomas Lane and his attorney were assaulted and Plunkett's vehicle was damaged. According to a police report submitted with the filing, a person smashed their bicycle into Plunkett's vehicle, causing about $2,000 in damage.

Plunkett argues, following this response, the trial could be moved out of Hennepin County to ensure safety.

"The Court should begin the process of selecting a location for the trial that may afford at least a modicum of fairness to the defendants," wrote Plunkett.

Following the Sept. 11 hearing, the judge had 90 days to make his decision on whether to change the venue for the trial, which has been set for March 8.