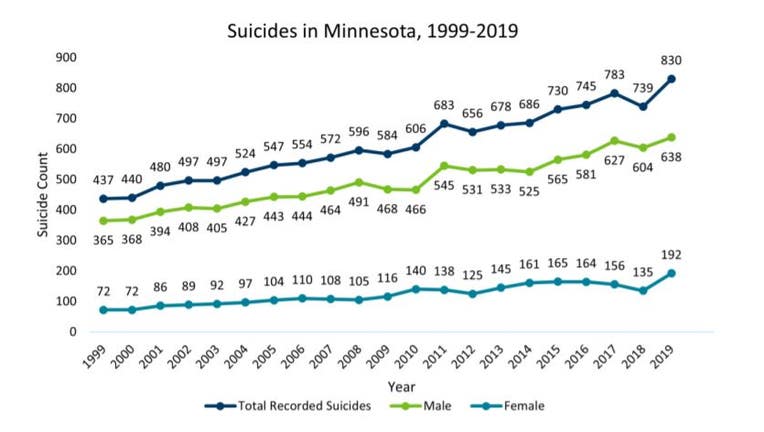 Data from MDH shows the number of suicides reported each year in Minnesota.

(FOX 9) - New data shows that in 2019, Minnesota reported 830 suicides, the highest annual count ever recorded in the state.

According to the Minnesota Department of Health, suicides have been increasing statewide over the past decade. Suicide is the eighth leading cause of death in Minnesota, and reports of suicide have shown a consistent increasing trend, similar to the trends shown across the U.S.

If you are thinking about suicide, are worried about a friend or a loved one, or would like emotional support, the Lifeline network is available 24/7 for everyone and is free and confidential. Call 1-800-273-8255.