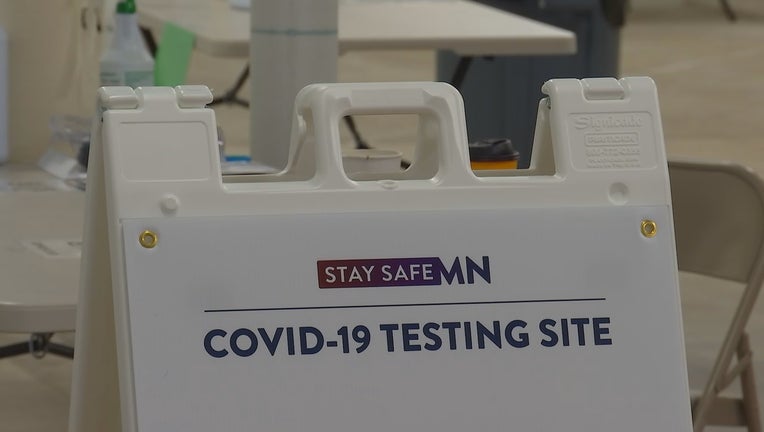 Hotspots of the B117 variant exist in Carver, Scott, Blue Earth, and St. Louis counties, the health officials said. Statewide, coronavirus cases are increasing after steadily declining for months.

"The increase in transmission that we're seeing has definitely been tied with where we're seeing the circulation of B117," infectious disease director Kris Ehresmann told reporters. "I think it's fair to say those two things are going hand in hand."

Minnesota is one of several states where cases are increasing, prompting U.S. health officials to caution people not to relax too much despite vaccine progress. Federal health officials say the B117 variant now makes up 25 to 30 percent of all U.S. cases and could become the dominant strain within weeks.

Minnesota health officials are strongly discouraging spring break travel and urging people who do travel to quarantine for 14 days upon returning. They said wearing a mask and getting a vaccine as soon as one is offered are keys to keeping the case growth low.

Health Commissioner Jan Malcolm said she was not recommending renewed economic restrictions, when asked by a reporter on a Friday afternoon briefing.

Minnesota's seven-day positivity rate is 4.3 percent, up from 3.1 percent two weeks ago. The rate is slightly below the level that public health officials consider widespread transmission, and it is far below the record set during the fall 2020 surge.

The increase in cases comes as Minnesota's vaccination pace has stagnated.

Over the past week, 174,409 people have gotten a first dose of the vaccine, down from 187,702 the previous week and flat when compared with the first week of the month.

Vaccine allocations from the federal government have also been flat over that period. Health officials are projecting a modest increase in shipments next week, including 12,600 Johnson & Johnson single-shot doses. They will be the first J&J doses to arrive since early March.

About 200,000 additional Minnesotans will have access to a vaccine next week if expected shipments arrive. That number is a combination of doses that the state receives and those shipped directly to chain pharmacies.

Gov. Tim Walz predicted Friday that Minnesota will get 350,000 vaccine doses the week of March 29, based on a conversation with White House officials.

He said he planned to expand eligibility again around that time, and said his age group -- 50 to 64 year olds with no underlying conditions -- would be eligible "soon." Walz made the comments during an interview on WCCO Radio.