The couple bulk-buys all of their food for the next week on a Friday.

MANCHESTER, England - Meet the meal-prep king and queen from the U.K. who have lost a combined 200 pounds by cooking the entire week's food in one go.

John Clark, 39, has lost more than 112 pounds and his partner Charlotte Deniz, 34, shed 88 pounds by being ultra-organized cooks. The couple spends about $165 a month on food, and use every penny to create colorful, pre-packaged meals.

Clark spends six hours every Sunday cooking a week's worth of meals and makes sure every breakfast, lunch, dinner and snack contains 400 calories. 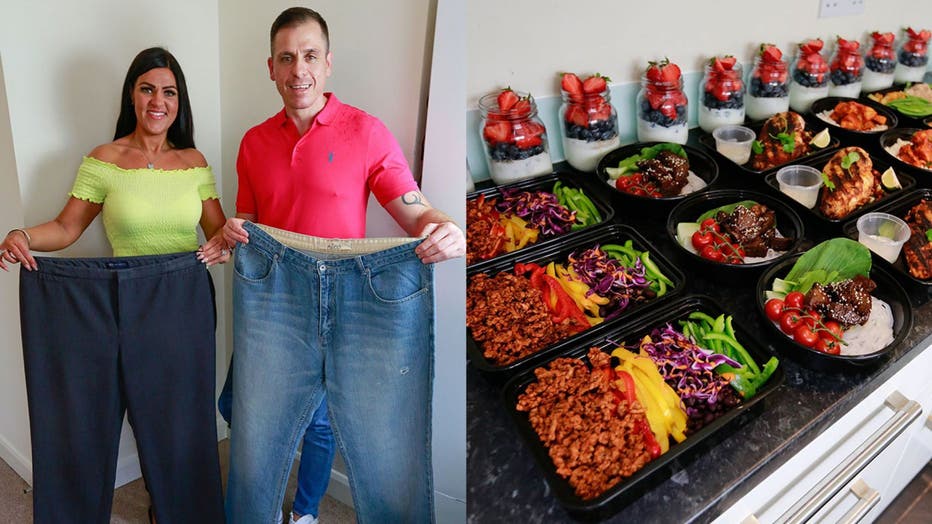 Proud of their colorful cooking, the couple shares their meal preps online, where they have thousands of followers.

Clark, a truck driver from Greater Manchester, England, who now weighs 187 pounds, said: “We make absolutely everything from scratch and we eat whatever we want. It’s not a diet. I love what I eat and enjoy every mouthful.”

“It can be hard work. I do it on a Sunday and spend hours doing it. But I don’t cook in the week at all. It’s all done in one go,” he continued. “It’s all about making sure your diet is balanced and sustainable. I cook really tasty food, even things that people usually think are unhealthy. 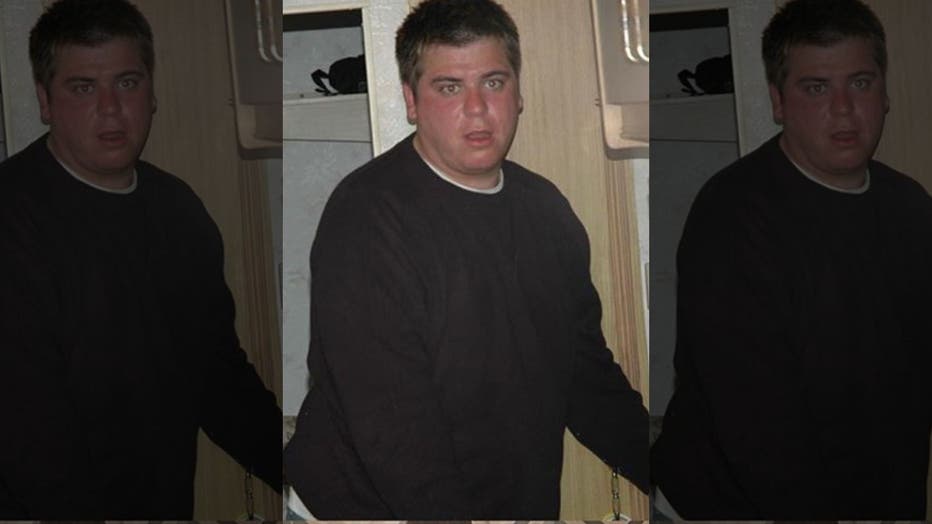 Sixteen years ago, Clark weighed 300 pounds thanks to a diet of burgers, sausage sandwiches and pub lunches he ate while at work. (Photo credit: SWNS)

“It’s a diet plan that allows you to eat whatever you want. What I cook are really nice meals. I’d say it’s the best diet in the world,” he said.

Deniz, who now weighs 136 pounds, added: "The way we eat is amazing. It's a way of life that I couldn't live without now.”

"I used to eat food for convenience without realizing how bad it was for me. I started skipping meals as I thought that was the only way to lose weight,” she said. "I love our diet. We eat naughty foods too but it's all about moderation and balance."

Clark was the first to start meal prepping, and used it as a way to lose weight before he met Deniz.

He weighed 300 pounds thanks to a diet of burgers, sausage sandwiches and pub lunches he ate due to his truck-driving job 16 years ago. He would gorge on between 4,000 and 5,000 calories a day and was known to his friends as “Fat John.”

Clark, then age 23, booked an appointment with his doctor when he started to struggle to buy clothes, and was told he was obese.

“I sat in my car outside desperate, alone and cried," he said. “I was given some leaflets on what I should and shouldn’t eat but I wasn’t offered much help at all. I didn’t know where to start. I found it really difficult.”

He started working out up to five times a week and lost lots of weight — but hated the early daily workouts, so took up extreme meal prepping in 2004 after wanting to make a change.

The pounds “just dropped off” and his weight plummeted to 178 in 2008, when he was in his best shape, after four years of preparing all his meals every Sunday.

He did this alone and in relative secret for years until he met his partner Deniz in 2017.

She weighed around 224 pounds, and while Clark loved her the way she was, she suffered from low confidence and self-esteem. She said she "hated" the way she looked.

In her 20s, the woman says she had an "awful diet" and didn't exercise, causing her to pile on the pounds. She recalls how she used to view food as her enemy and restrict herself to only one meal a day in desperation to lose weight. 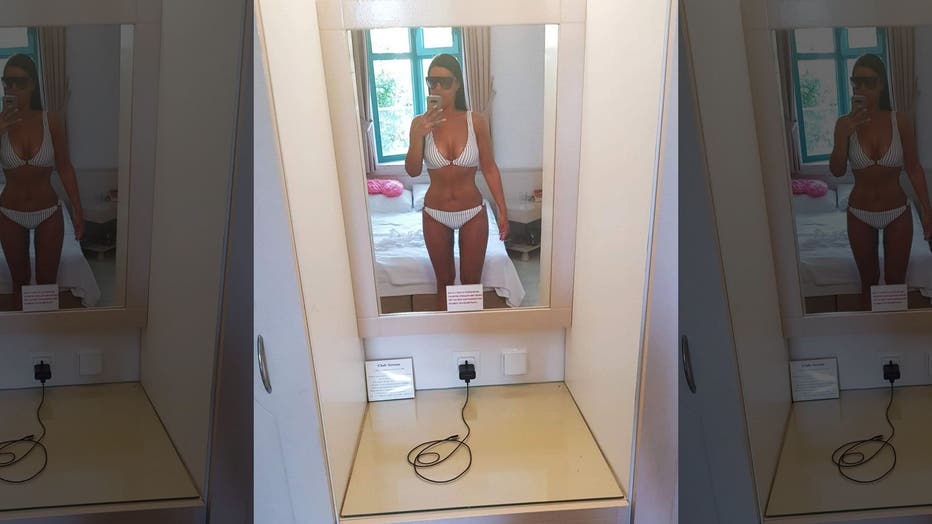 Deniz, who now weighs 136 pounds, added, "The way we eat is amazing. It's a way of life that I couldn't live without now." (Photo credit: SWNS)

A regular day for her would see her gorge on junk food, like takeout, chips and burgers or pizzas, in one binge-eating sitting each day. But after meeting Clark she started to embrace his diet and in just a year dropped to 136 pounds, going from a size 18 to a size 8.

Deniz, who only signed up to the gym after reaching her target weight, said: "I wasn't eating right at all. It was unhealthy.”

"John had gone through the same and related to what I was going through. I was determined to lose weight but I just didn't know how,” she explained. “He was my coach. He still inspires me to this day."

For years, Clark prepped his own meals at home every Sunday, cooking more regular meals, but began experimenting with food to make dieting fun for Deniz. The two are now masters of eating well on a shoestring budget.

Here's how it works: The couple bulk-buys all of their food for the next week on a Friday. They spend around $100 on 11 pounds of chicken, burgers, sausages, ground meat and fish online, $30 on fruit and vegetables at their local market, and get everything else from Aldi and Tesco. Clark then tires away in the kitchen on a Sunday, cooking up four meals per day for the next seven days, both for himself and accounts manager Deniz.

They then put it all in 56 individual containers, and share the ideas on Instagram under the name @themealprepking.

“I make a huge variety," Clark, a dad of two, said. "I’ve even done vegetarian and gluten-free meals at the requests of followers.

“We have a very varied diet and the food we eat is amazing. Some people literally don’t believe it when they see," he said.

“Unlike some diets these meals aren’t grey and boring. It’s all fun food and is all about moderation and variety."

Clark added that he "wouldn’t give it up for the world."

“I don’t like to think of myself as having a diet plan. I eat what I want,” he claimed. “Now I just want to help other people too.”