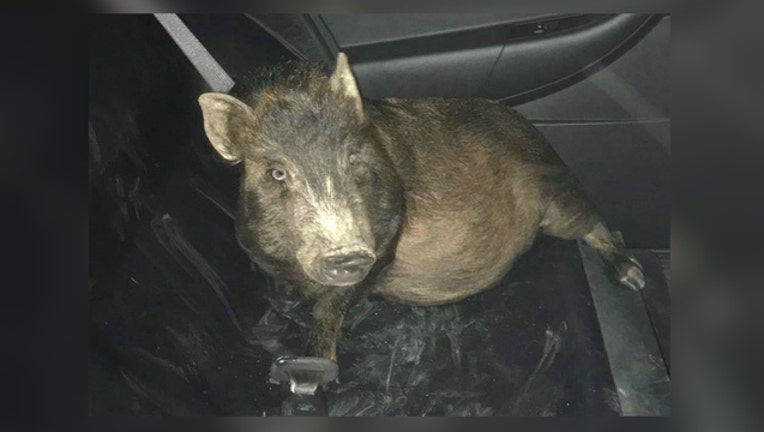 Police think man who called about pig was drunk, but he was not

NORTH RIDGEVILLE, Ohio  (Fox 32 News) - A police department in Ohio laughed when a man called to say he was being followed by a pig. But it turns out, he actually was.

"He went on to state that he was being followed by a pig and didn’t know what to do. A pig. Riiiight," officers wrote on Facebook.

"Night shift responded to the obviously drunk guy walking home from the bar at 5:26 in the morning. He was at least drunk enough to call the police on himself while hallucinating," officers wrote on Facebook.

"Upon arrival, they found a very sober male. Oh, and he was being followed by a pig," officers wrote.

The pig was corralled and returned to its owner.

"Also, we will mention the irony of the pig in a police car now so that anyone that thinks they’re funny is actually unoriginal and trying too hard," they finished.