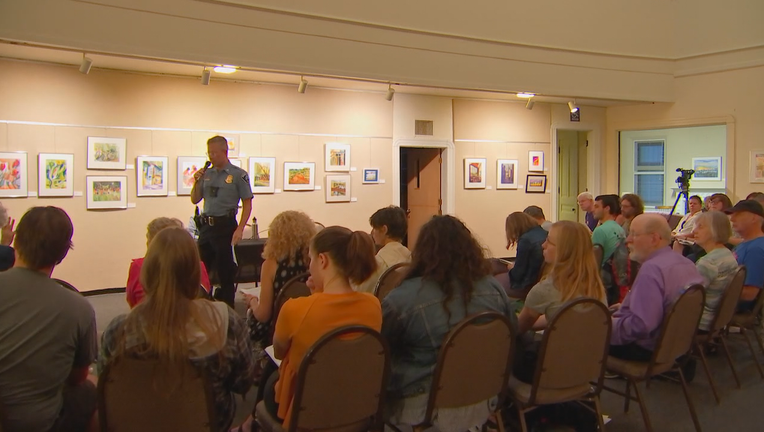 MINNEAPOLIS (FOX 9) - An apartment complex on the 400 block of 6th Street Southeast in the Marcy-Holmes neighborhood in Minneapolis has become known as a problem property that this year alone has been subject to a series of police calls, according to Minneapolis police.

Last Thursday, it was an attempted abduction.

Last month, there was a break-in and sexual assault on the morning after National Night Out. February saw a shooting and in March, there was a theft.

Monday night, those who live near the building filled the First Congregational Church to hear from the 2nd Precinct of the Minneapolis Police Department firsthand.

“I want people to be able to ask police direct questions about what’s going on rather than dealing with online rumors,” said Vic Thorstenson, president of Marcy Holmes Neighborhood Association.

410 Apartments managers, while invited, didn’t show. The neighborhood association says this is also a chance to offer advice.

“Remind people about the things they can do to keep safe,” said Thorstenson.

The 2nd Precinct on an average week responds to more than 1,500 911 calls for service. It’s why aside from staying alert, locking windows, and doors, they ask you to call or text if you notice something suspicious.

“You’re never going to be faulted for calling us, ever,” said Inspector Loining.

The 2nd Precinct is planning to host weekly safety walks as a way to increase community engagement in the area. Below is a list of the upcoming walks: