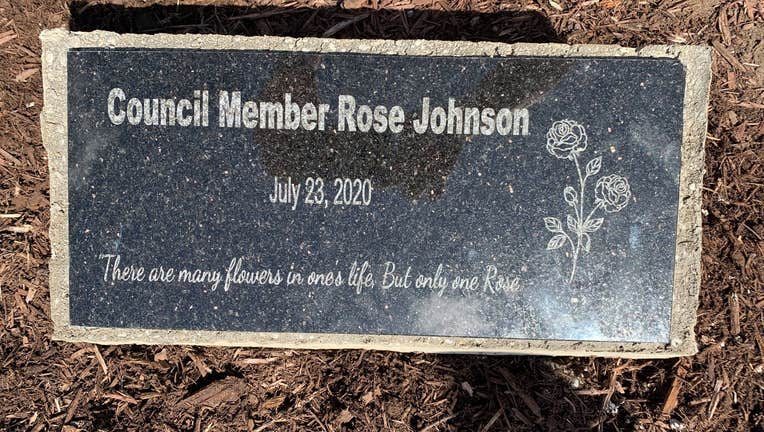 Rose Johnson, 62, was found stabbed to death in her home in Big Lake on July 23. Her son, 20-year-old Eric Jordahl, has been charged with her murder.

The Big Lake City Council honored the councilwoman who was allegedly killed by her son last month and also discussed plans for the future of the council.

Johnson had served on the Big Lake City Council since 2019.

Wednesday, the Big Lake Police Department shared photos of a memorial they had created for Johnson. The police department planted two rose bushes, one red and one yellow, outside the station with a memorial stone for Johnson in between them.

“Rose was kind and supportive of our officers, staff and department,” the police department said in a Facebook post. “Everyone who met her thoroughly enjoyed the conversation and laughs.”

The police department said the red rose bush is for love and the yellow one is for friendship. The memorial stone is engraved with Johnson’s name along with the quote, “There are many flowers, but only one Rose.” 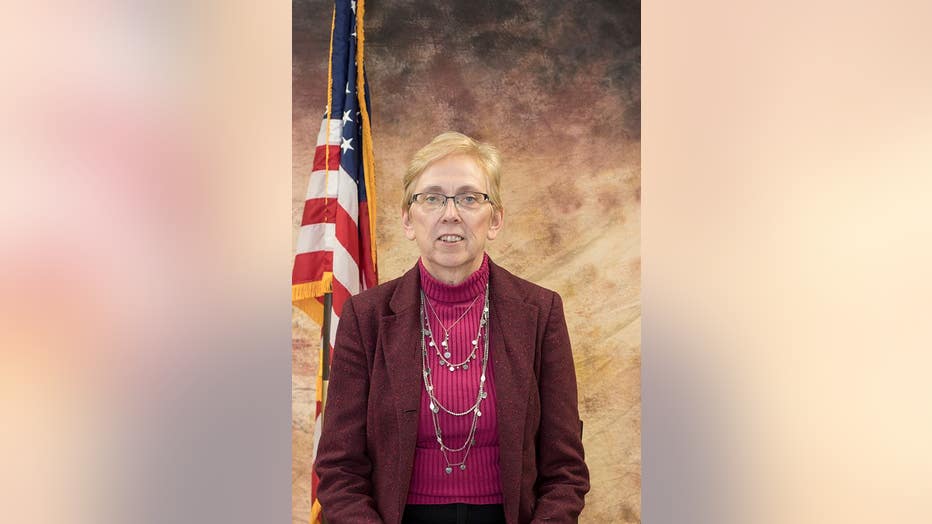 Authorities identified Rose Johnson, who was a Big Lake city council member, as the woman allegedly killed by her son. (City of Big Lake)

A vase of roses was arranged by those who served alongside her.

Those same fellow councilors had to undergo the tough task of filling her vacant seat.

"We all knew Rose well enough to know that continuity of governance was important to her as well and I hope that if she were here, she would tell us to move forward in the way that we are and I hope we're doing her justice by doing so," said Clay Wilfhart, the Big Lake city administrator.

The council unanimously decided to leave the seat vacant until voters can decide in November.

"I think all of us feel a loss and we prefer not to have somoene there for a couple months," said Big Lake's Mayor. "It's just one of those things."

While Johnson had only served on the City Council for less than two years, city staff say they were an extremely tight-knit group.

"Grieving is a process and, as you start going through the steps, tonight was step one. This was our first step," said Wilfhart.