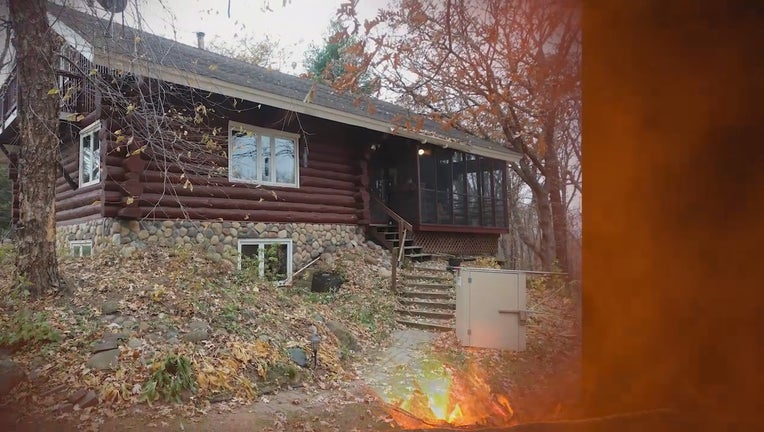 The Sorensons lost their dream home this week to the fire. (Supplied)

NORTH BRANCH, Minn. (FOX 9) - A family in North Branch, Minnesota is coming to grips with the loss of their home just weeks before Christmas.

Friday, just three days after Chelsey Sorenson lost her home in a fire, the charred rubble is still smoldering.

Family working to get back on their feet after fire destroys North Branch, Minn. home

After losing their home this week, a North Branch, Minnesota family is still working to come to grips with the loss.

"It's all kinds of feelings," she said. "I mean grateful we made it out, but so devastated that we lost everything."

Sorenson says the log cabin home was her dream home for the last two and a half years. She woke up early Tuesday morning to the smell of smoke, which she thought was coming from her wood-burning stove.

But when she went downstairs, she discovered one of the walls was on fire. She managed to get her kids - ages 10, 7, and 4 - out of the house minutes before it went up in flames.

"I'm just so grateful we made it out, especially seeing how fast the house was engulfed," said Sorenson. "You can't possibly start to get mad before you give thanks to the fact that you made it out and that everything happened in a way that we are safe." 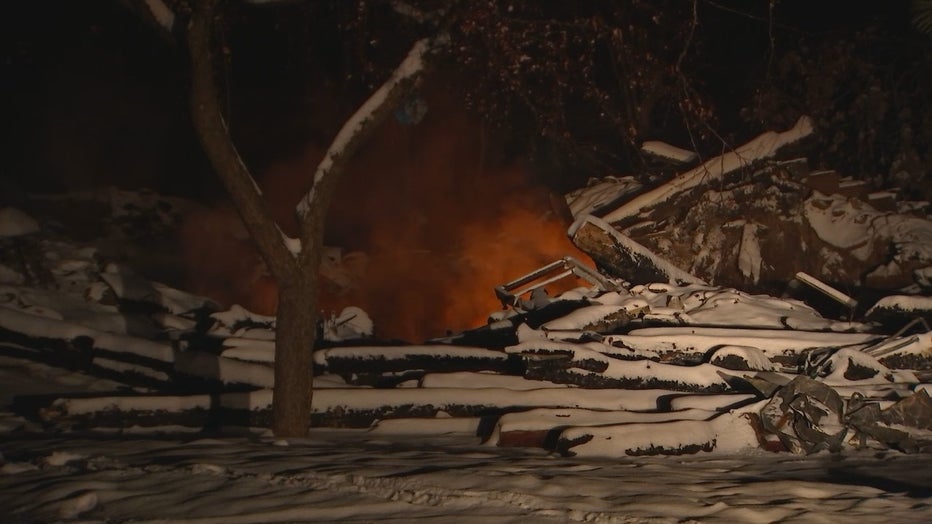 Debris is still burning on the site of the fire in North Branch. (FOX 9)

Other than the clothes on their backs, Sorenson says everything her family owns burned up in the blaze. Ironically, the only thing they were able to salvage was a Christmas ornament of a house.

A friend started a GoFundMe campaign that has raised $16,000 to help the Sorensons get back on their feet. Losing her home just before Christmas may be breaking her heart, but the generosity of others in this season of giving is helping it heal.

"I just want everyone to know 'thank you' cannot convey how deeply I feel touched with how much people are supporting us right now,” she said.