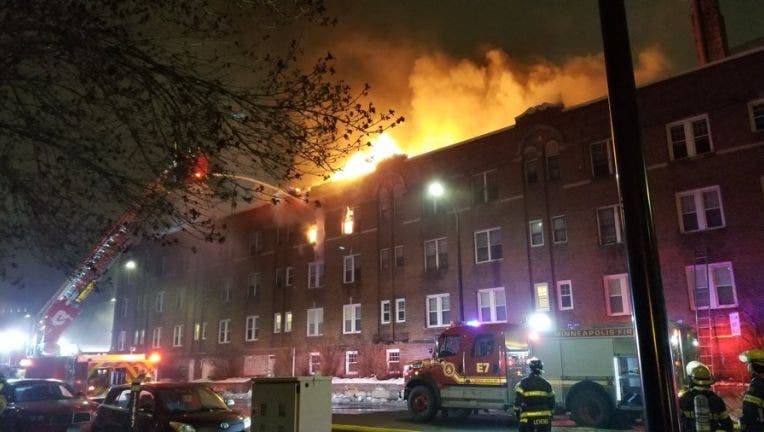 MINNEAPOLIS (FOX 9) - It's been one year since a devastating fire tore through the Francis Drake Hotel in downtown Minneapolis, displacing 250 people in the process.

The Drake Hotel was a designed overflow shelter in Hennepin County for families experiencing homelessness. When the fire broke out on Christmas morning in 2019, it forced those families into a temporary shelter. But, it also led to an outpouring of support.

Christmas 2020 marks one year since devastating hotel fire in Minneapolis

It's been one year since a devastating fire tore through the Drake Hotel, displacing 250 people in the process.

As the fire continued to burn, people from across the metro started showing up, dropping off supplies, winter clothes and even Christmas gifts for the families -- along with thousands of dollars being donated to help people get off to a fresh start.

"Fires are always hard," said Red Cross of Minnesota and Dakotas spokesperson Carrie Carlson-Guest. "They are always hard. But there was something that just seemed harder with so many children involved happening on Christmas."

More than 300 volunteers with the Red Cross helped the mix of low-income renters and overflow from county shelters find food, clothes, and a warm, safe place to lay their heads.

"Every time a family found a new home, we rung a bell," explained Carlson-Guest. "Everyone got to cheer when a someone found a new home. When it was all done everyone had a place to go."

Dozens of families were displaced after the fire at the Francis Drake Hotel and some survivors feel they still have not received the help they need.

Advocates for people experiencing homelessness say the fire that destroyed the Drake shed light on the need for affordable housing.

They say the fire forced them to look at developing more boarding houses with single rooms for rent like the Drake offered.

"Folks who are working lower-wage jobs and not able to put together a damage deposit and first months’ rent," Those are people who are really excluded from our housing market in town." 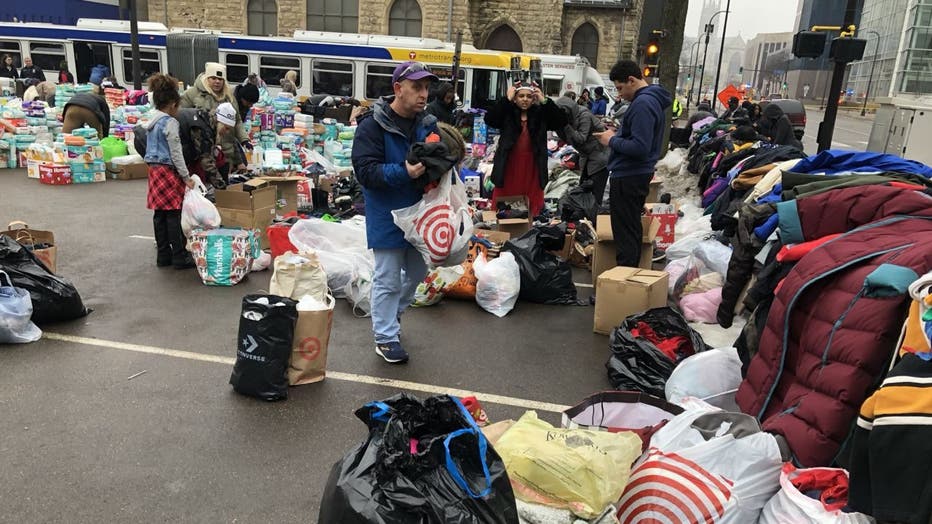 Countless people showed up after the fire to drop off supplies for families of the Drake Hotel. (FOX 9)

"If there's a silver lining in it somewhere, that was part of it. We were better able to be better positioned to work with other hotels when additional needs presented themselves."

The building eventually had to be demolished and investigators never determined an exact cause for the fire. But those who helped the victims say it’s something they will remember for many Christmases to come.

"There are so many memories there and you can only hope that this Christmas everyone affected is having a much merrier Christmas, all things considered."