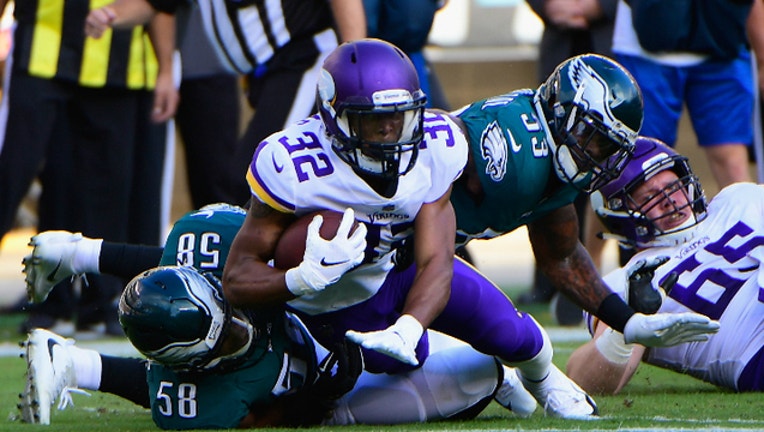 PHILADELPHIA, PA - OCTOBER 07: Running back Roc Thomas #32 of the Minnesota Vikings is tackled on October 7, 2018 in Philadelphia, Pennsylvania. (Photo by Corey Perrine/Getty Images)

According to a criminal complaint filed in Dakota County District Court, police executed a search warrant at the apartment Thomas was leasing on Jan. 16. There, officers say they “smelled a strong odor of marijuana emanating from inside the residence."

Inside, officers encountered Thomas and his roommate.

The marijuana was found in multiple glass jars and over 6 grams of marijuana wax was discovered too.

Officers also found drug paraphernalia throughout the apartment as well as $15,802 in cash in nightstands next to the bed.

While the officers were at his residence, Thomas told them he was aware of complaints about the smell of the marijuana that had been filed to building management. He admitted to smoking marijuana and said it was all for personal use. He denied selling it.

Thomas faces one felony count of possession of a controlled substance. If convicted of the maximum, Thomas faces up to 5 years in prison and a $3,000-$10,000 fine.

"We are aware of the charges filed against Roc Thomas and have expressed our disappointment directly to Roc for his actions. We will respect both the legal process and the NFL’s disciplinary process."