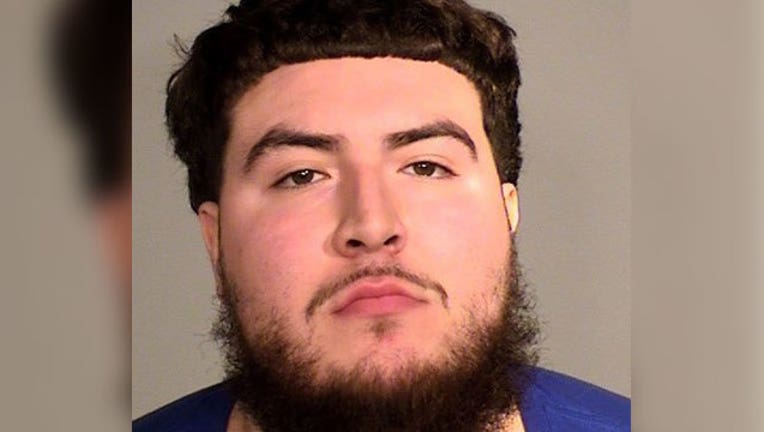 MAPLEWOOD, Minn. (FOX 9) - Police have filed charges against a St. Paul man for a shooting this week that left three people - including two boys - injured in Maplewood, Minnesota.

Brendon Garza, age 23, is now charged with three counts of attempted murder for Wednesday's shooting on McKnight Road. Police say he opened fire in a parking lot, hitting a 12-year-old boy, a 15-year-old boy, and a 21-year-old man around 5 p.m.

FOX 9 was on scene Wednesday as officers investigated the shooting, which focused around a white Chevrolet Camaro in a parking lot.

In court papers, police say the boys were loading football equipment into a Honda Odyssey ahead of a game when Garza pulled up in the Camaro. Based on video evidence, police say the 21-year-old victim approached Garza's Camaro with a handgun to his side and spoke with passengers inside the Camaro while Garza crouched down the driver's side of the vehicle.

Garza was arrested at the scene. He told officers he acted in self-defense. Witnesses in the Camaro claimed the adult victim acted aggressive towards them and threatened to "shoot this b---- up."

However, police say video evidence shows that while the 21-year-old man had a gun, he never pointed it towards Garza before the shooting.

One of the boys told police the people in the Camaro questioned the 21-year-old man about a remark he made about their deceased brother. Police say they believe the conflict stems from a dispute on social media.

As of Friday, the 21-year-old man remains in critical condition following the shooting. Police say the boys are both still in the hospital. The 12-year-old suffered a collapsed lung while the 15-year-old has numbness is his arm that may be permanent.