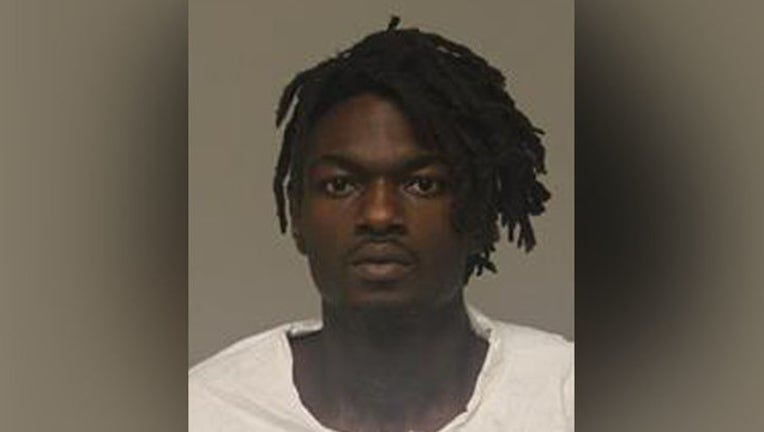 COLUMBIA HEIGHTS, Minn. (FOX 9) - A 26-year-old man has been charged with two counts of assault after he allegedly shot his father in the back with a shotgun in Columbia Heights over the weekend, according to the criminal complaint.

Oluwatoni John Olayiwola is charged with assault in the first and second degree.

According to the charges, Columbia Heights police responded around 9 a.m. Saturday to a report of a shooting at a home on the 4600 block of Heights Drive NE.

Officers learned Olayiwola and his father had a disagreement about paint and a mess inside the home. Following the conversation, the father went upstairs and out the front door. Soon after, the mother heard her son come upstairs and greet her.

She then heard a shotgun blast go off. She turned around and saw Olayiwola holding a shotgun, she described as two to three feet long. She ran away from the home to get help.

Neighbors reported hearing the shotgun blasts and then seeing the father crawling in the front yard with an injury.

When officers arrived, they found the father laying in the front yard. Crews rushed him to Hennepin County Medical Center, where he was put in a medically induced coma. He suffered two gunshot wounds to his back.

Police found Olayiwola sitting on the side steps of the home and arrested him. Olayiwola admitted to police he shot his father, who was sitting on the front steps, twice in the back from about five feet away. He told police he waited for them to arrive in order to "accept the consequences."

Relatives told investigators Olayiwola has a history of mental health issues and an interest in guns. In the past, family members had taken guns from the home, but they did not know Olayiwola currently had a gun.

Olayiwola had his first appearance in Anoka County District Court on Tuesday. A judge set bail at $500,000 without conditions. Olayiwola ​​​​​​​ is in custody at Anoka County Jail.