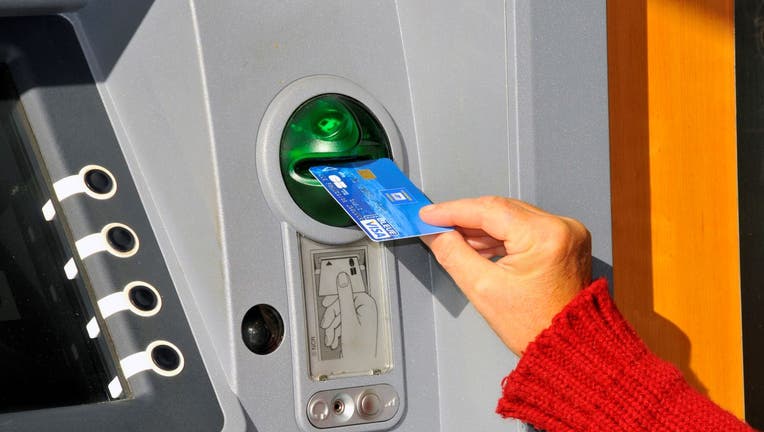 MINNEAPOLIS (FOX 9) - Several people are facing criminal charges for a check fraud scheme that netted more than $200,000 from victims in Minnesota since 2018.

Since 2018, prosecutors allege authorities have identified more than 100 counterfeit checks with losses exceeding $200,000 that involved several people. The Minnesota Financial Crimes Task Force investigated the group that was involved in a scheme of counterfeit checks, forgery, identity theft and fraud, the criminal complaint states. The scheme spanned more than 30 law enforcement agencies and multiple Minnesota counties.

Mackenzie Pederson, 20, of Burnsville, is among those charged in connection with the case. She was charged Sept. 8 with theft by swindle and was scheduled to appear in court at 1:30 p.m. on Sept. 26.

The criminal charges against Pederson name several others as involved in the scheme, including her co-defendant and scheme ringleader (it's unclear if he's been formally charged), as well as a juvenile with pending charges in Hennepin County; a juvenile who was previously charged in Dakota County; Elias-Kareem Aly; Mohamed Robe; and Hanna Ashby. Charges against 10 others, including one juvenile, have yet to be filed, according to the complaint.

"The Hennepin County Attorney’s Office thanks the United States Postal Inspector and the Minnesota Financial Crimes Task Force for their thorough investigation of this case. The amount that these defendants obtained through their scam is staggering. We will seek justice for the victims, who have suffered significant financial losses," the Hennepin County Attorney's Office said in a statement to FOX 9.

The ringleader and his accomplices would recruit people via social media to deposit fake checks into their bank accounts, offering people $100 to $1,000 per check they deposited, charges said. The payee was often told the checks were legitimate but they (the co-conspirator) had no account through which to cash the check. The payee would then be told to take the money out and give it to the ringleader or one of his accomplices.

When the bank would determine the check the payee cashed was counterfeit, the deposit would be reversed in the payee's account, often leaving the payee financially liable, the charges said. Many of the victims of this scheme were minors, and from Nov. 4, 2019, through July 8, 2020, there were more than $400,000 in attempted losses, charges allege.

Authorities identified Pederson as one of the ringleader's accomplices who recruited a check cashier and who used her account to deposit a counterfeit check.

The criminal charges detail Pederson's alleged involvement in the scheme, stating she was involved in two incidents of a victim cashing a counterfeit check that had an intended loss of $12,200.93 but an actual loss of $4,675.

On April 1, 2020, a counterfeit check was deposited into Pederson's Wells Fargo account via an ATM in Minneapolis. A withdrawal of $400 was made at the same time, charges said. The check was payable to Pederson and purported to come from Fairview Clinic. The checking account number belonged to someone identified in the complaint as "GA," with a routing number from Spire Credit Union. The check had a value of $7,425.93.

Pederson's mom said Pederson had deposited the check to post bail for her boyfriend, charges said. Investigators found evidence in various phone communications that confirmed her mom's statement. A photo of "GA's" original check to MN Air Duct Cleaning was found on the ringleader's phone.

Investigators learned on April 1, 2020, a second counterfeit check from Fairview Clinic was deposited into a U.S. Bank account that belongs to someone identified in the complaint as "NW," a "known adult male," the complaint said. The account number belonged to "GA" and the routing number was from Spire Credit Union. The check was worth $4,775 and was deposited in Eagan.

"NW" later reported fraud on his account to the Eagan Police Department, who interviewed him. "NW" said Pederson had contacted him and asked him to deposit the check. He gave his debit card and PIN to Pederson, who handled the deposit. Pederson was captured on surveillance video making the deposit, the complaint said.

"NW" said he went to the bank with Pederson and two men, including the ringleader. He said he withdrew $4,275 from his account and gave the cash to Pederson. He later learned the check was fake.

Eagan police contact Pederson, who admitted she was involved in the scheme, the complaint stated.