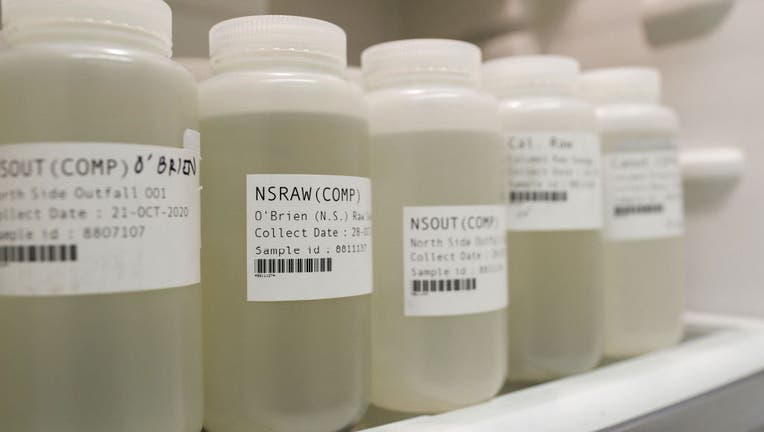 File photo of samples of raw sewage from the city's three treatment plants in storage in a refrigerator at the University of Illinois at Chicago School of Public Health building in Chicago on November 12, 2020. (Jose M. Osorio/Chicago Tribune/Tribune

Philadelphia and Oakland County, Michigan, are joining the small list of U.S. localities that are looking for signs of polio infections in sewage, U.S. health officials said Wednesday.

The Centers for Disease Control and Prevention said the communities will test for polio in sewage for at least four months. Communities in New York state began testing earlier this year after a man was diagnosed with paralytic polio outside New York City.

CDC officials say they have been talking with other communities about also starting polio wastewater testing. They are focused on cities and counties with low polio vaccination coverage and those in which travelers had visited the New York communities where polio was found.

Officials say identifying the virus in sewage can help a city or county accelerate and target vaccination campaigns.

Health officials around the world have used wastewater to track COVID-19 outbreaks. The CDC currently is receiving wastewater sampling data for the coronavirus from all 50 states.

Next year, health officials in Houston and Colorado plan to begin testing sewage for several other health threats, including germs with antibiotic resistance, influenza, respiratory syncytial virus, norovirus and other bugs.

RELATED: CDC map shows where flu cases have spiked in the US

If the pilot goes well, the wider testing will be rolled out to other parts of the country, CDC officials said.