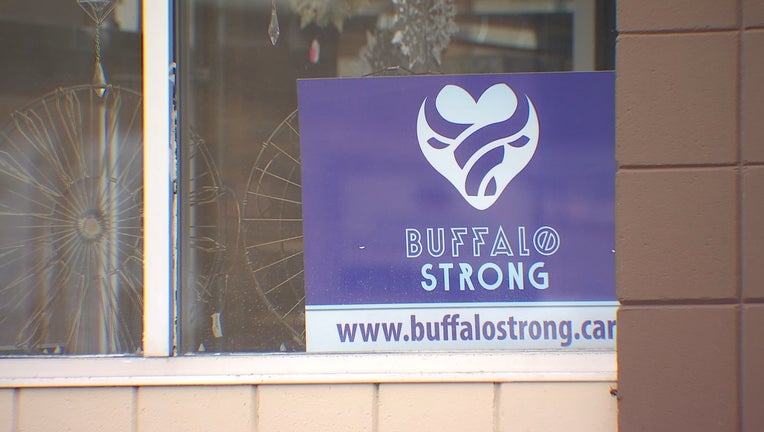 BUFFALO, Minn. (FOX 9) - As Greg Ulrich, the man charged with setting off bombs and opening fire at a medical clinic in Buffalo last month injuring four and killing one, prepares to make another appearance in court, the community continues to find support among one another.

Ulrich is facing a charge of second-degree murder, four charges of attempted murder, and charges related to setting off explosives and carrying a gun without a permit. He has made another virtual appearance in front of a judge but will make another appearance via Zoom on Monday at 10:30.

Buffalo Strong spreads throughout community as case continues through court&nbsp;

As Greg Ulrich, the man charged with setting off bombs and opening fire at a medical clinic in Buffalo last month injuring four and killing one, prepares to make another appearance in court, the community continues to find support among one another.

Since the tragedy at the clinic, the Buffalo community has rallied around the slogan #BuffaloStrong.

"It’s weird to come out of a tragedy and feel like my community is even better and more connected than it was before," Buffalo mom and creator of BuffaloStrong.Care Dani Palmer said.

Palmer has been working with other community leaders since the tragedy that happened at the Allina Health Clinic – Buffalo Crossroads on February 9. The website is a space to find mental health resources, fundraisers for victims and their families and other community connections.

"It’s been beautiful to see how big people’s hearts are and just trying to amplify the work that people organically want to do," Palmer said.

Fundraisers have raised thousands of dollars for victims’ families as well as a fund for the staff at the clinic in Buffalo. Palmer says that support has stretched far beyond those directly impacted by the shooting.

"You have all of these stories of people shoveling people’s driveway or paying for the food for the person behind them and you really just saw this surge of service in our community and it was a beautiful thing," Palmer said. "It’s just been this beautiful wave of kindness and goodness and connectedness, and now we just need to figure out how to keep it going."

BuffaloStrong.Care shared statements from a few of the victims. Tammy Schaufler writes "I am not going to let this man break me, he is not going to have control over me."

Donnie Overbay, the husband of Lindsay Overbay, an employee at the clinic and the mother of two, thanked the community in a statement writing in part "[what] you have done has allowed us the power and understanding we needed to process the importance of loving people."