A scary incident driving turned into a dire diagnosis for one dad, but the outpouring of community support has turned tragedy into a silver lining, FOX 9’s Mary McGuire reports.

BUFFALO, Minn. (FOX 9) - This spring, 34-year-old Clint Swanson was preparing for the birth of his second child, a baby boy named Byron.

While driving home to Buffalo from work in late May, he started to lose his vision and blacked out, drifting across oncoming traffic and into a ditch.

"He was very fortunate because there was an off-duty EMT directly behind him that watched all this happen, so he immediately went over there and busted out the window of his work truck and put it in park," said Craig Ness, Swanson's best friend from childhood.

All of this happened two weeks before the birth of Swanson's second child with his wife, Denise.

After the seizure, Swanson was rushed to the hospital, where doctors discovered multiple tumors on his brain. After having surgery to remove them, Swanson was diagnosed with glioblastoma on Monday, an aggressive and rare form of brain cancer.

"There's no rhyme or reason for cancer. It just picks whoever," said Ness.

This fight against the disease will be long, with multiple rounds of chemotherapy and radiation planned. Swanson won't be able to work or drive for a long time, and on top of that, his wife is also out of work on maternity leave.

Along with other friends and family members, Ness is rallying the community around the family with an online fundraiser to aid with medical bills and help a man who has helped many in his life.

A fundraiser for Swanson is also planned for September 24th at Rockford Township Hall. Ness says they are still searching for an affordable caterer to help with the event. 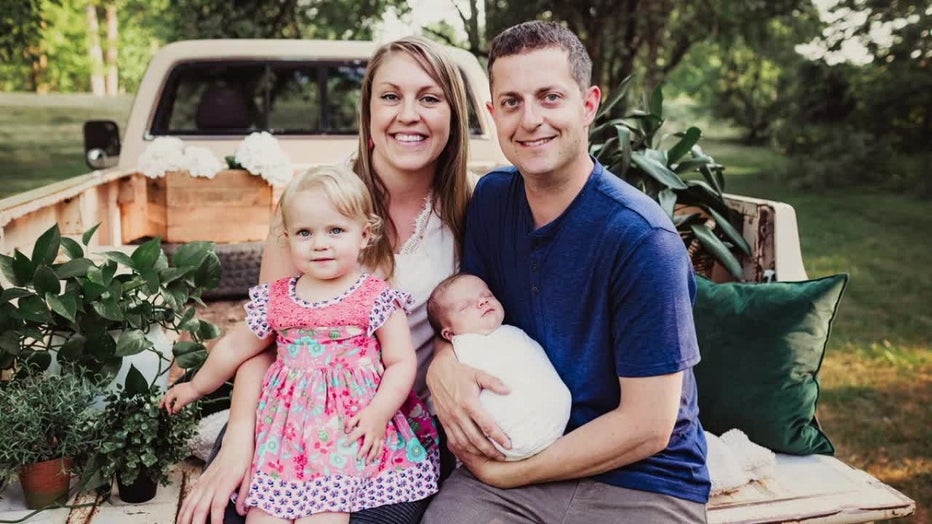 Clint Swanson with his wife Denise and their two children.