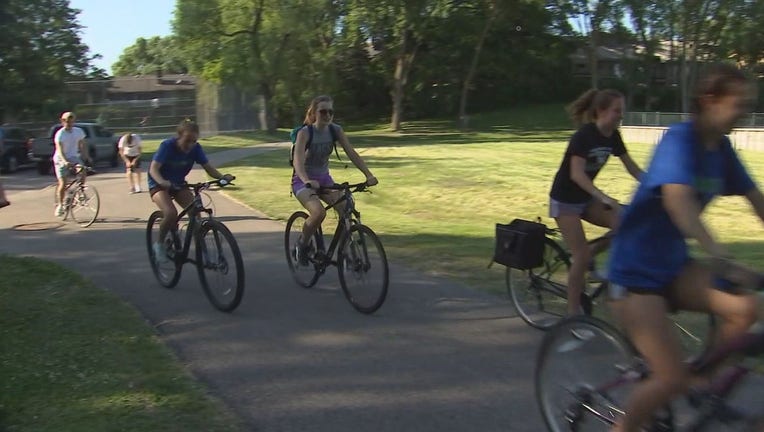 Their purpose is to run, walk, bike or even swim for 8.46 miles, representing the 8 minutes and 46 seconds the former Minneapolis Police Officer’s knee was on George Floyd’s neck.

After hearing about the fundraising challenge in California, Girls Soccer Coach Kelsey Hans wanted to join in.

They did just that Wednesday night with a goal of raising $8,460.

The girls were joined by a number of other schools in the Twin Cities.

All of the money raised will go to the Lake Street Council to help rebuild the community impacted by the recent unrest.