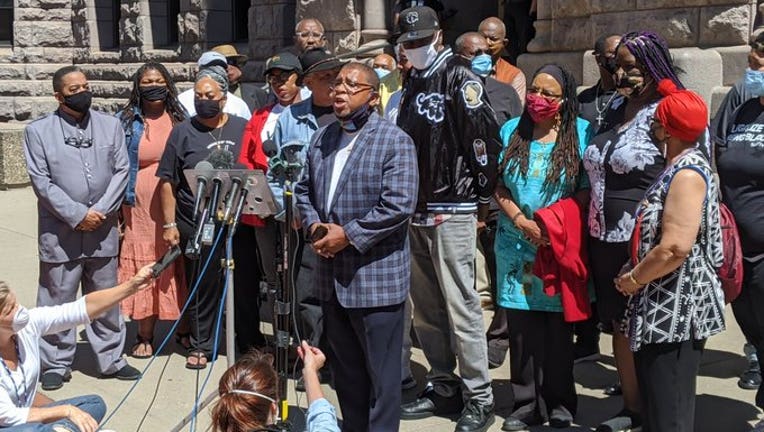 The group was worried about calls to defund and dismantle the Minneapolis Police Department without a clear plan for what will rise in its place.

“I don’t think the answer is to act with the hand of a butcher and cut it up. We need the hand of a surgeon, very deliberate and thoughtful,” Pastor Brian Herron of the Zion Baptist Church said.

Herron and the others made it clear the only path forward for transformational reform at the MPD is for the rank and file to vote out Lt. Bob Kroll as head of the police union.

“We are standing in solidarity, saying enough is enough,” said Nekima Levy Armstrong, a community activist. “Bob Kroll must go and he must go now.”

As part of his reform plans, the chief said he was immediately withdrawing from contract negotiations with the police union and also said he is restarting an effort to identify troubled officers using early warning signs.

Minneapolis Police Chief Medaria Arradondo announced Wednesday he is withdrawing from contract negotiations on the unfinished contract with the police union and restarting an effort to identify troubled police officers through early warning signs.&nbsp;

Also on Thursday, 14 current members of the Minneapolis Police Department, including long time veteran lieutenants, commanders and sergeants, signed an open letter to the community. In the letter, the officers first condemned former officer Derek Chauvin, who is charged with murder in the death of George Floyd, saying he “failed as a human and stripped George Floyd of his dignity and life. This is not who we are.”

The letter continued, “We are with you…We ask that our voices be heard…We stand ready to listen and embrace the calls for change, reform and rebuilding. We want to work with you, and for you, to regain your trust." The officers wrote that they are following Arradondo’s lead, which is exactly what the group at the rally wants to see happen.

“We are standing here to let Chief Arradondo know that we want him to continue to take bold steps to clean up the trash within the Minneapolis police department,” Levy Armstrong said.