WASHINGTON - With time running out before the election, President Joe Biden highlighted his administration's push to crack down on so-called junk fees that banks and other companies charge their customers. The announcement comes after months of high inflation has eaten away at Americans' savings and made the economy the top issue for voters.

Biden was joined by Rohit Chopra, the director of the Consumer Financial Protection Bureau, the nation's financial watchdog agency created after the Great Recession. The bureau is targeting overdraft fees charged by banks as well as bad check fees, which are levied against a bank customer when a check isn't valid.

Prior to the pandemic, banks collectively charged their customers roughly $15 billion in overdraft and bounced check fees, according to a bureau estimate. The bureau estimates that its new enforcement push on junk fees will save Americans roughly $3 billion in fees annually.

Roughly two weeks away from the midterm elections, Biden is using public events to show how his administration is trying to reduce costs for families. That push comes as high inflation -- averaging 8.2% over the past year -- has been a drag on the president’s approval rating and put Democrats at a disadvantage with voters.

Back in 2021 as the economy emerged from the pandemic, Biden tried to minimize the risks of lasting inflation. But continued pandemic shutdowns and Russia’s invasion of Ukraine have pushed up prices globally, a challenge that the U.S. is primarily trying to address by having the Federal Reserve raise interest rates. 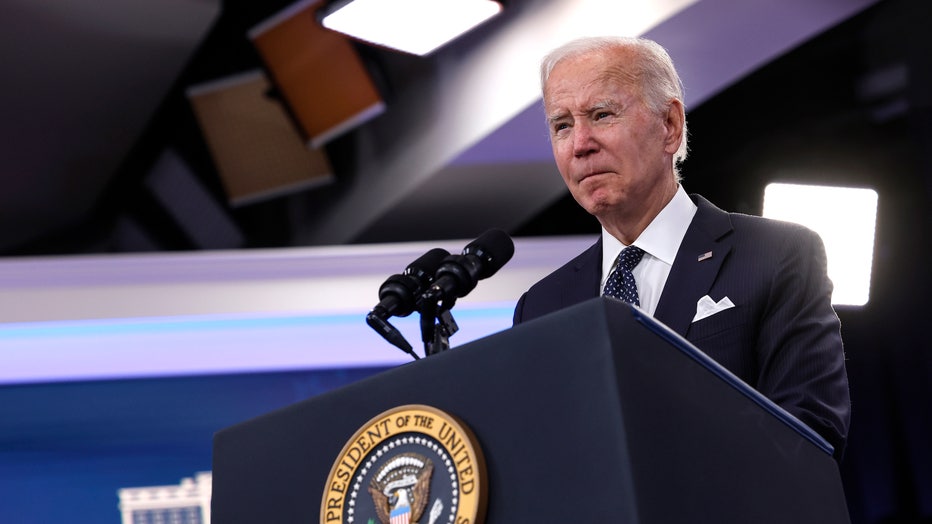 Banks have long been criticized for the high fees they charge customers when their accounts go temporarily negative. Relenting after years of public pressure, banks have reined in their overdraft fee practices. Most notably, Bank of America reduced its overdraft fee from $35 to $10. Other banks have instituted changes to their policies so customers cannot overdraft their accounts, or are given repeated warnings that they need to bring their accounts current before a fee is charged.

The banking industry responded that it was taking steps to reduce fees on customers before the White House stepped in.

"These changes were made without regulatory or legislative intervention," said Lindsey Johnson, president and CEO of the Consumer Bankers Association, the trade and lobby group for the nation's biggest retail banks like Wells Fargo and Bank of America.

The CFPB is also targeting bounced check fees, which occur less frequently nowadays because Americans have largely moved away from writing paper checks and largely use peer-to-peer payment platforms like Zelle, Venmo, PayPal and CashApp. These fees are typically between $10 and $19, according to the bureau, and are charged to the customer depositing the check.

"Charging a fee to the depositor penalizes the person who could not anticipate the check would bounce, while doing nothing to deter the originator from writing bad checks," the bureau said in a statement.

Biden also highlighted a number of other fees the administration plans to go after, which include resort fees, processing fees for concert tickets, and various fees charged by airlines.

The White House's push is also a public display of support for the CFPB days after the Fifth Circuit Court of Appeals ruled that the way the bureau is funded is unconstitutional. The conservative-leaning court ruled that because the CFPB receives its funding from the Federal Reserve and not through Congressional appropriations, the way the bureau writes its rules and regulations is unconstitutional.

The court case is the latest in a long list of conservative and Republican challenges to the bureau's structure.