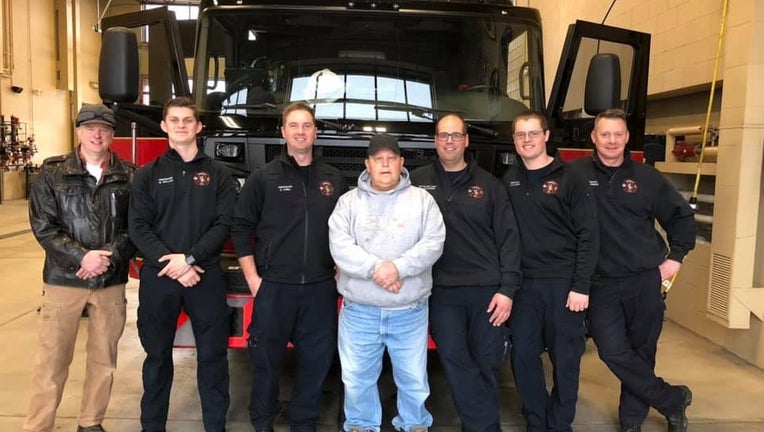 ROSEVILLE, Minn. (FOX 9) - A man is crediting Roseville firefighters, along with other emergency workers, doctors, and even his friend, for saving his life.

In a Facebook post, the Roseville Fire Department says Tony Gardner visited the station on Thursday after spending nearly a month in the hospital and eight days in a coma.

On the day of his emergency, Tony was having lunch at the VFW, right across the street from the station, when he went into cardiac arrest.

While his friend, with help from dispatch, started CPR, Roseville firefighter responded quickly to the VFW hall. Firefighters continued CPR, used a defibrillator to deliver two shocks, and then placed a breathing tube.

Thanks to efforts from firefighters, he had a pulse when Allina paramedics arrived on the scene. They rushed him to the hospital for treatment.

Thursday, firefighters say Tony wanted to say thank you to the fire crews and EMS workers that saved his life.

In their Facebook post, the department wrote: "This is a great example of dispatch providing CPR instruction, quick response from fire and continued ALS care and transportation by Allina EMS. Great job to all."