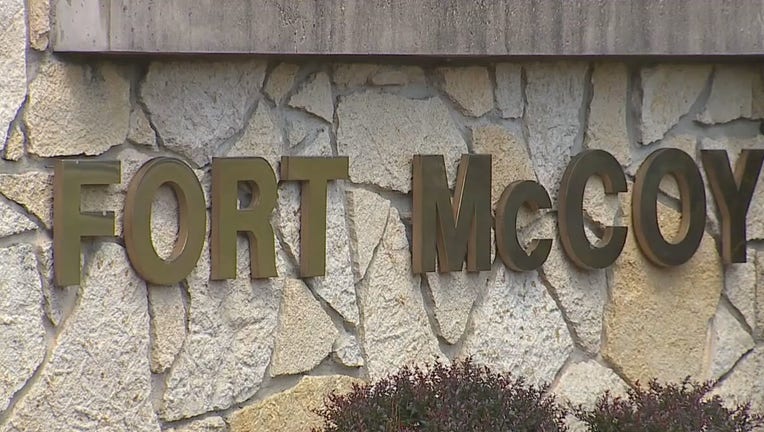 TOMAH, Wis, (FOX 9) - By Wednesday morning, the U.S. military evacuated another 11,000 people from the Kabul airport and some Afghan evacuees have started arriving at Fort McCoy near Tomah, Wisconsin.

A thousand soldiers from across the country are already on the ground to help secure, screen, and process the evacuees. Several Wisconsin lawmakers observed the efforts to process and vet the incoming families.

By Wednesday morning, the U.S. military evacuated another 11,000 people from the Kabul airport and some Afghan evacuees have started arriving at Fort McCoy near Tomah, Wisconsin.

"We saw a number of refugees by a various diverse background," said Sen. Patrick Testin (R-Stevens Point). "Women and children and some families, single adults and there’s going to be more of that coming in."

This is a mission that is not new to Fort McCoy. A generation ago they housed refugees from a different world crisis. In 1980, Fidel Castro allowed tens of thousands of Cubans to flee the communist island in what was called the Mariel Boatlift.

They arrived in Florida and overwhelmed the immigration system. Eventually 14,000 of the refugees were housed at Fort McCoy until they could be matched with sponsors. Some of the same national security questions raised then are being raised now by Wisconsin Senator Ron Johnson. He questions how carefully Homeland Security is screening the incoming Afghans.

"If we let some people slip through, that create acts of terror, that’s going to poison the entire operation," said Johnson. "And that would be a travesty."

However, there is universal praise for the U.S. military, which has transformed Fort McCoy into refugee center in just ten days.

"This is a tremendous example of how well our military does when they are called upon. And I don’t want to forget that," Rep. Tony Kurtz (R-Wonewoc), a retired U.S. Army Afghanistan veteran.

The lawmakers say the evacuees are well cared for and all getting medical screenings and COVID-19 tests. They say the vast majority of the evacuees will settle in other portions of the country and the children will not attend local school districts this fall.