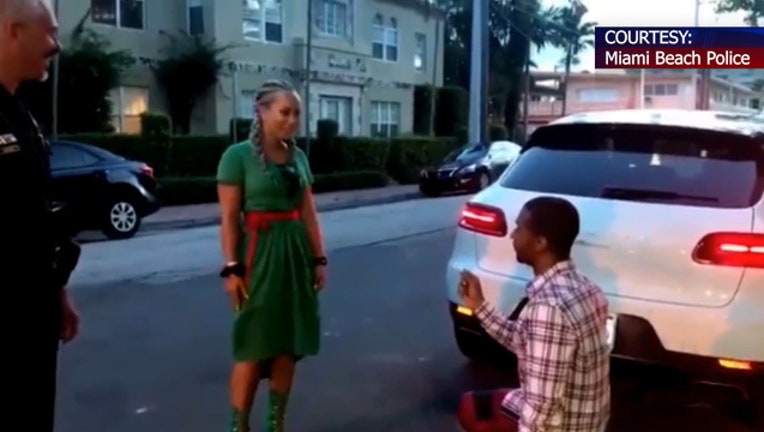 MIAMI BEACH, Fla. (AP) - A woman was in for a huge surprise when Miami Beach police pulled her over.

She and her boyfriend got out of the car. An officer asked the boyfriend if he had anything to say.  And that's when the man, identified as Kenneth, got down on one knee, held out a ring and said, "I just want you to marry me."

She tells the officer she doesn't know what to say. She looks back at her boyfriend, waiting on bended knee, and looks closer at the ring.  Finally, she says "Yes," and police say "Congratulations, guys!"

Spokesman Ernesto Rodriguez said Kenneth had come into the station asking for help with his proposal.