A picture a day: Minnesota man captures past 25 years of life with film

In the basement of a farm house in Mayer, Minnesota, there's a vast collection of moments frozen in time.

MAYER, Minn. (FOX 9) - In the basement of a farm house in Mayer, Minnesota, there's a vast collection of moments frozen in time.

"This is what 365 photos looks like in case you were wondering," Michael Deering said. "Every day it challenges me to be creative."

For the last quarter-century, Michael Deering has taken a picture a day with a 35 millimeter camera.

"This is the trusty Minolta Zoom 160," Deering said. "Every day I am looking for something to capture. Something to compose. Something meaningful. Something I deem relevant, interesting. What have you." 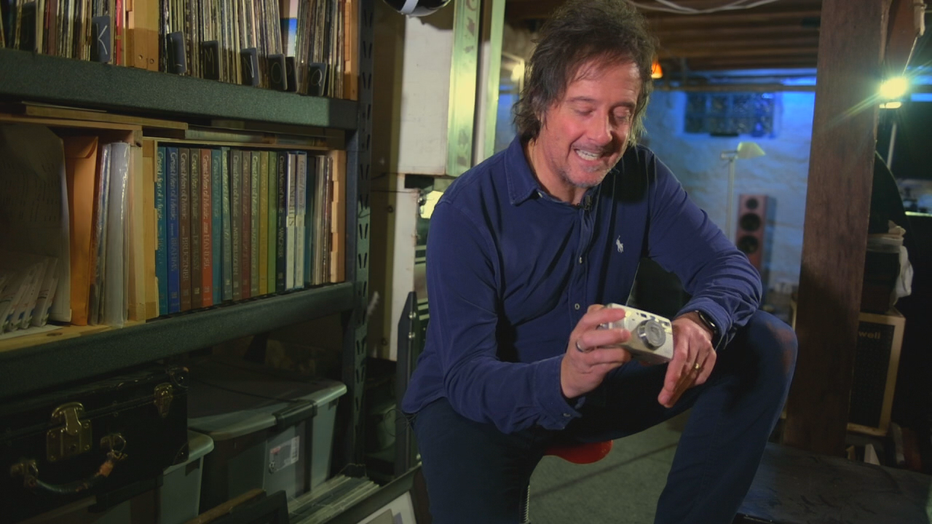 For the last 25 years, Michael Deering has taken a picture a day with a 35 millimeter camera.

And unlike the endless photos that only exist on our cell phones and social media, Deering's passion project is preserved on film.

"This just causes you to slow down a little bit. Just take it as it is. See a picture and have the patience to wait and see it come to fruition," he said.

This labor of love started back in 1996 when Deering took this picture with his parents at the Lexington restaurant to celebrate his birthday. 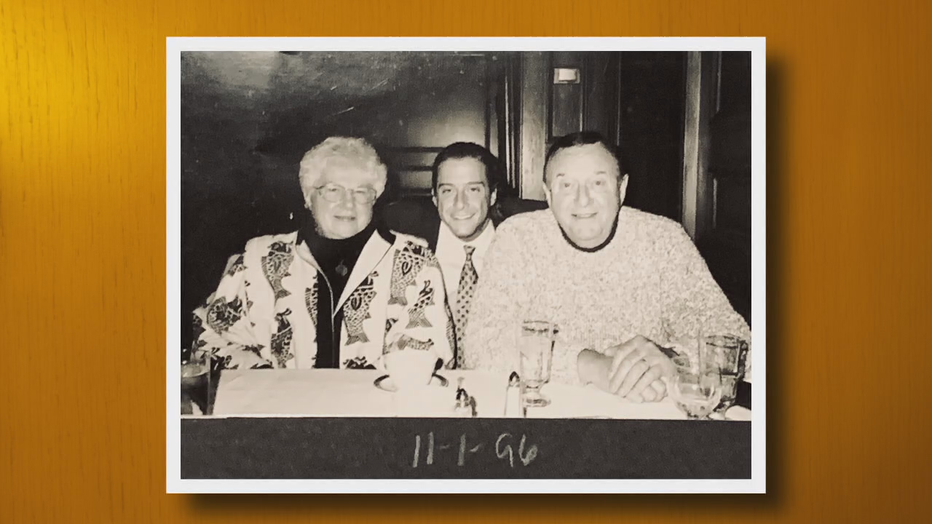 Since then, he's taken one photograph every day, and only one, of something that catches his eye from the extreme to the mundane.

"I call 'em breadcrumbs on the trail. The breadcrumbs you leave on the trail are often forgotten in most people’s lives because the memory forgets them or they are not captured. I have them."

The pictures run the gamut from life -- the births of his two sons -- to death -- the funeral for his father -- and everything in between.

Some document a moment in history, like this snapshot at 38th and Chicago, the day after George Floyd was murdered, or the first bouquet of flowers placed in the fence around Paisley Park on the day Prince died.

Others are closer to his heart, like this shot of his heart, taken by his doctor during surgery 15 years ago. Or the self-portrait he took after being in the ICU for more than a week with COVID-19.

"I'll tell you one thing. You ever want to reflect on your life, sit in a hospital room with COVID and a doctor looks in your face and wants to tell you, you are doing better. But you can see in his eyes there are no promises there is nothing they can do for you." 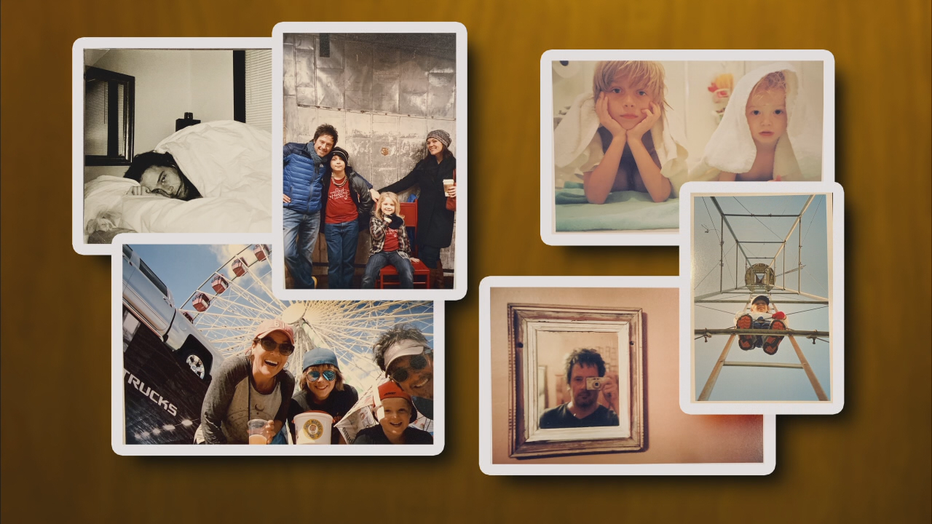 Deering started by photographing himself and his family.

Deering says over the years he's gone from mostly photographing himself and his family to pointing his camera at others, but he says there's a method to his madness.

"It could be a footprint in the snow. It could be an eagle sitting in an oak tree in the middle of winter on MLK day that I notice driving down a country road," he said. "These ironies that get lost in the shuffle of daily life, and I've trained myself to see these."

"Sometimes it taps you on the shoulder. Sometimes it’s right in front of your face. Other times you have to go find it."

Some of the most poignant pictures document his parents’ final years, while they both suffered from Alzheimer's. Photos of Deering sitting on his father's grave eating popcorn, something the two of them used to do together, and of him visiting his mother in the hospital, a few days before she passed away.

"I look at that picture and as much as you want to be sad because she passed away nine days later. I couldn't be more proud," Deering said. "She understand what we were doing. Again, in her head I'm sure she was just like that's just Michael." 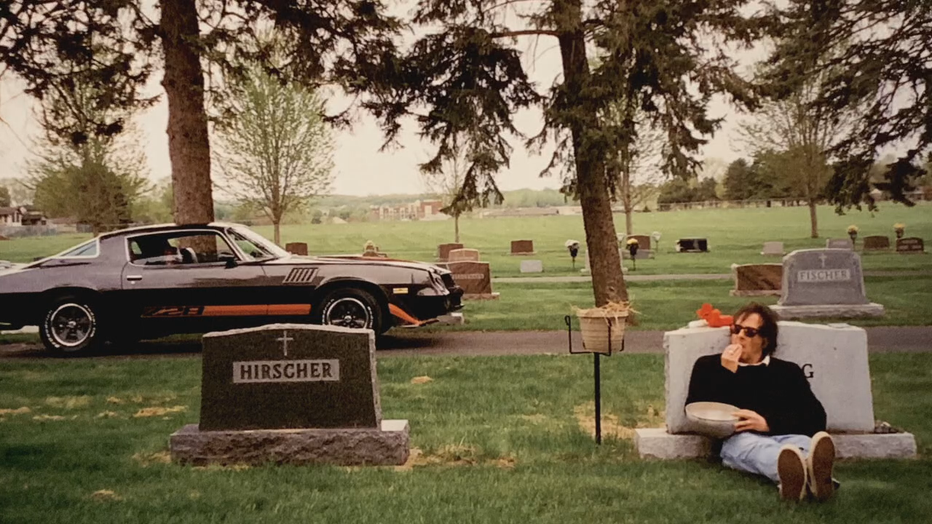 Photo: Deering sitting on his father's grave eating popcorn, something the two of them used to do together.

With more than 9,000 photos, Deering worries about one day losing his memory and not being able to remember all the details of his labor of love. But he hopes his life in pictures helps others put their own into perspective.

"Take inventory every day of your life. Look at the bread crumbs you are leaving on the trail," Deering said. "I don't think it’s going to end until I end… We'll see. That last picture of the day will be quite compelling." 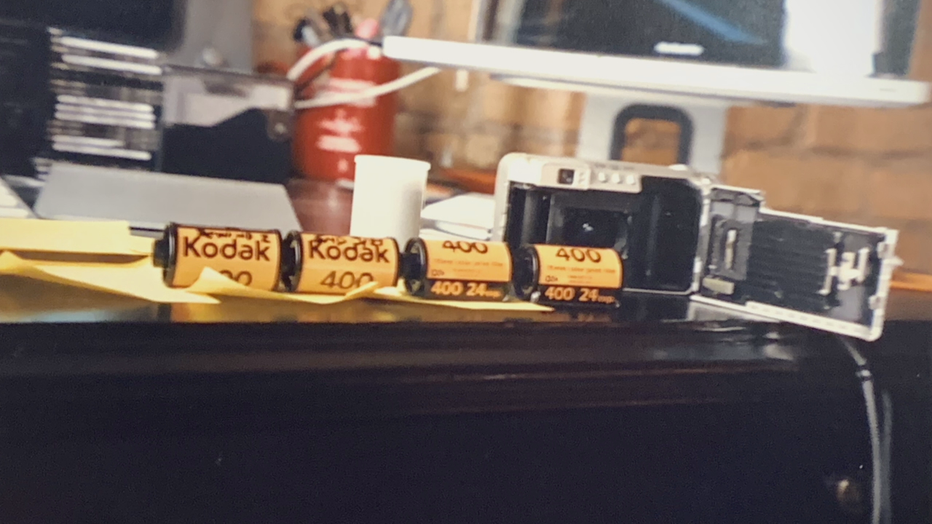 Michael Deering's picture a day project is preserved on film.

If you have a story you think would make a good Maury's Stories about the people, places or things that make Minnesota a great place to live, email maury@fox.com.