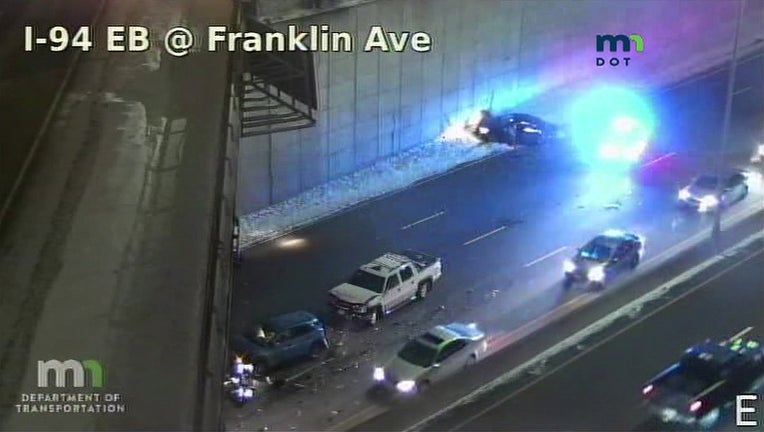 Troopers responded around 8:30 p.m. for the crash in the westbound lanes of I-94 near Franklin Avenue involving seven vehicles.

Minnesota State Patrol says nine people were transported to the hospital from the crash with apparent non-life-threatening injuries.

The cause of the crash is unknown.  MnDOT has blocked several lanes as cleanup is underway, leading to some backed-up traffic.