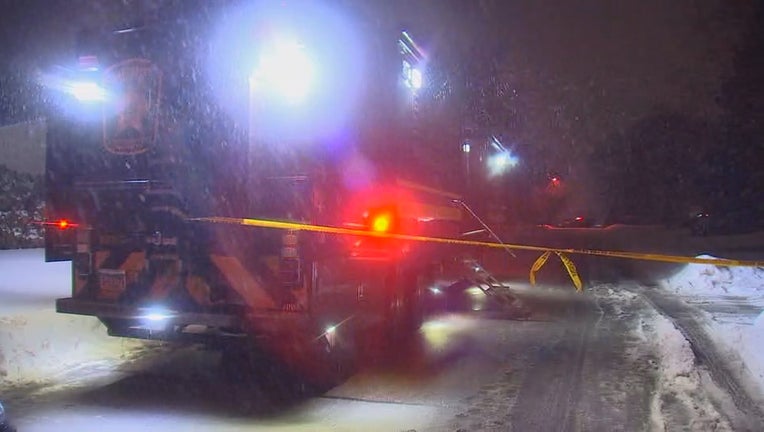 83rd Avenue North remains blocked off as the standoff is ongoing in Brooklyn Park. (FOX 9)

BROOKLYN PARK, Minn. (FOX 9) - Police say the suspect involved in a standoff in Brooklyn Park, Minnesota Thursday died from a self-inflicted gunshot wound, ending a hours-long situation that also involved a 7-year-old being held against his will.

The standoff ended around 10:30 p.m., about seven hours after it began.

Police remain at the scene of a standoff in Brooklyn Park, Minnesota Thursday night after a child was held in a hostage situation earlier in the day.

According to the Brooklyn Park Police Department, officers were called around 3:15 p.m. for the report of a suspicious person walking through yards. As police responded, they learned the man had entered a home.

"When officers arrived, they were flagged down by another family that reported that a male had just kicked in their door and entered their home," explained Deputy Chief Mark Bruley. "And numerous children we're still in the home."

Police say most of the kids inside the home were able to escape. But one child, a 7-year-old boy, was unable to make it out and hid in a closet but was found by the suspect.

Police say the boy was held against his will by the suspect for a period of time until investigators were able to safely negotiate with the man to let the child return to their family. The boy made it out of the house unharmed, officers say.