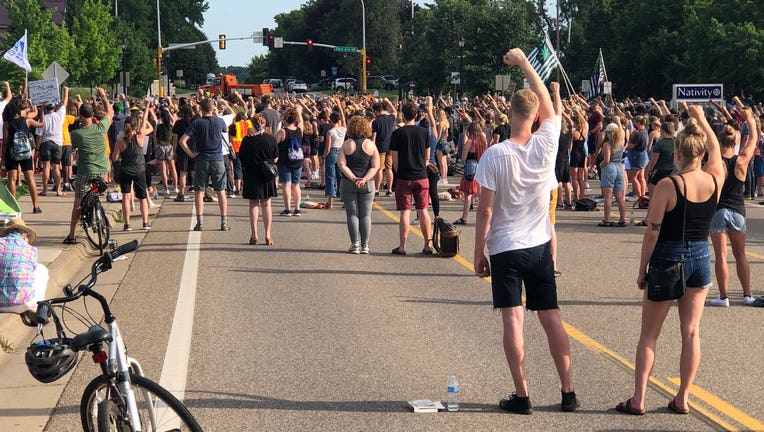 A moment of silence for Philando Castile four years after his death.

Monday night, a candlelight vigil was held at the exact spot where Castile was shot and killed by a St. Anthony Police Officer during a traffic stop.

A community garden called the Philando Castile Peace Garden sprung up there and, every year on this day, Castile’s mother leads a vigil to remember her son’s life and help prevent other deaths like his from happening in the future.

“I have this event every year because we are paying homage to a great young man,” said Valerie Castile. “He fed our children. Dedicated to his job. He loved his community. A lot of people knew that about him. So it hit home for a lot of people. We should continue this.”

Earlier in the day, there was a moment of silence for Castile at a rally in his honor in front of St. Anthony Village City Hall. A couple hundred people called for an end to police brutality and racial injustice in their community before marching through the city streets demanding change.

The teenage organizer said after what happened to George Floyd, the anniversary of Castile’s death has taken on an added significance this year.

“After George Floyd got murdered, knowing there is people outside of black and people of color behind me that makes me believe in more change,” said Semhar Solomon, an organizer. “St. Anthony has seen time and against racial inequality in the city and now that there are people here now besides just black and people of color, that will bring more attention and more effectiveness.”

Solomon is pushing for a mural of Castile on the side of city hall to make sure his life is remembered every day.