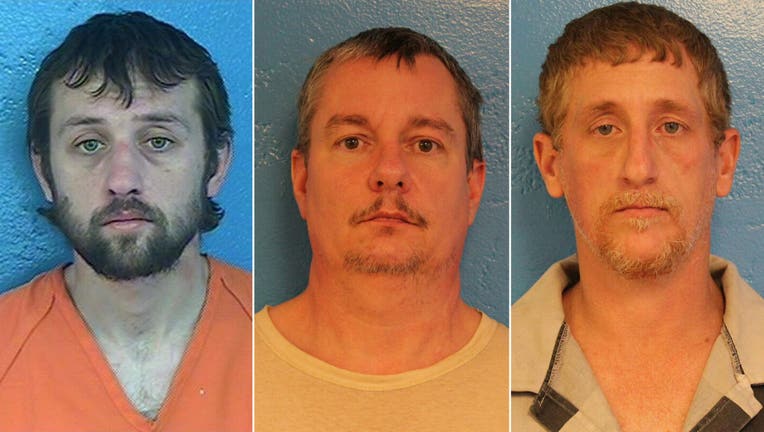 BLOUNTVILLE, Tenn - Two Tennessee inmates are dead and one is still wanted by authorities after escaping through the jail’s air vent, according to local reports.

The Sullivan County Sheriff’s Office said inmates Tobias Carr and Timothy Sarver were confirmed dead by authorities in Wilmington, North Carolina Monday. Investigators said the men were involved in a robbery at a convenience store in another part of town and led authorities on a chase before the vehicle was "disabled."

The sheriff’s office didn’t give any additional details about what happened.

The trio escaped from the local jail last week.

According to WCYB, the men accessed the air vent through the ceiling of their cell. FOX Television Stations has also reached out to the sheriff’s office for comment.

Authorities believed the trio may have been in the Pulaski, Virginia, area possibly driving around in a white 2001 Chevrolet Silverado truck.

A BMW driver wanted for burglary hit speeds of more than 150 miles per hour during a police chase in Southern California.

Brown, 50, is described as 5’11", 200 pounds, brown eyes and gray hair. He’s charged with failure to appear, driving on a suspended or revoked license, harassment, violation of order of protection, domestic assault, aggravated stalking.

Carr, 38, was described as 5’11", 160 pounds, blue eyes and brown hair. He was charged with second-degree murder, vandalism, tampering with evidence.

Sarver, 48, was described as 6’2", 235 pounds, green eyes and strawberry blonde hair. He was charged with auto theft, identity theft, drug paraphernalia, unlawful carrying of a weapon.

Tennessee Bureau of Investigation offered a reward of $7,500 for info leading to the arrest of each man. The U.S. Marshal Service also offered $5,000 for each inmate, or $15,000 total, for information leading to the location and apprehension of these three inmates.

Anyone with information regarding where Brown may be headed is asked to call 1-800-TBI-FIND.